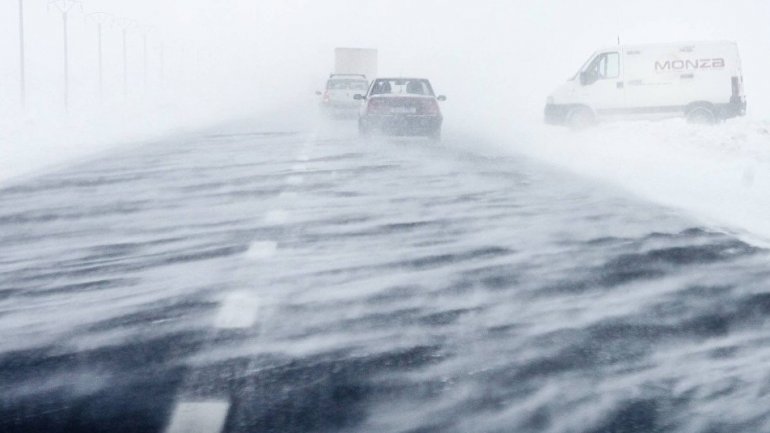 (6:00 p.m.) A pregnant woman was among passengers of the bus. Police has urged them to continue their journey by train. According to a press release, the Moldovan Foreign Ministry, announced that all passengers would be in a hotel nearby until the storm stops. According to passengers, another bus who has started their journey last night has stopped at the same place.

Around 70 cars, 40 trucks and 5 buses, one of which is full with Moldovan citizen, have been blocked in Ramnicu Sarat, Buzau county. The buss was heading to Chisinau from Bucharest, according to Sputnik.

According to the drivers, the Moldovan bus has been caught blocked on Friday morning, January 6th, at around 7 a.m. in the morning.

"We can't tell you when they will be able to leave. There are 54 people and 2 drivers in the bus. We're stuck from 7 in the morning. And it's still snowing and snowing." , said Ion Andrei, bus driver.

Ramnicu Sarat City Hall representatives have said that the red alert of blizzard and snowfall will be up till 4 p.m., and most probably no truck will leave until 6 p.m.

In Romania several roads are closed due to snow. A Code Red of blizzard and snowfall was announced for the counties of Buzau, Braila, Ialomita, Constanta, Calarasi and Tulcea.