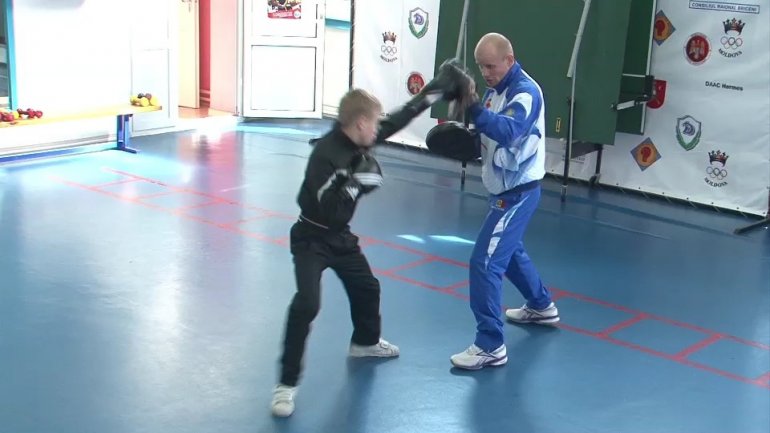 Moldovan boxer Veaceslav Gojan reached his highest performance of boxing. Gojan won a bronze medal at the Beijing Olympics in 2008, and over three years became the first Moldovan boxer who won a gold medal at the European Championships.

His son is ready to walk his father's footsteps. He regularly practices boxing and prepares along his father, although he likes many other kinds of sports.

The two work in the gym every day.

There have reached immediate successes. The 12-year-old Danut Gojan has already recorded four medals, three of which - in international competitions.

Veaceslav Gojan will turn 34 in May.