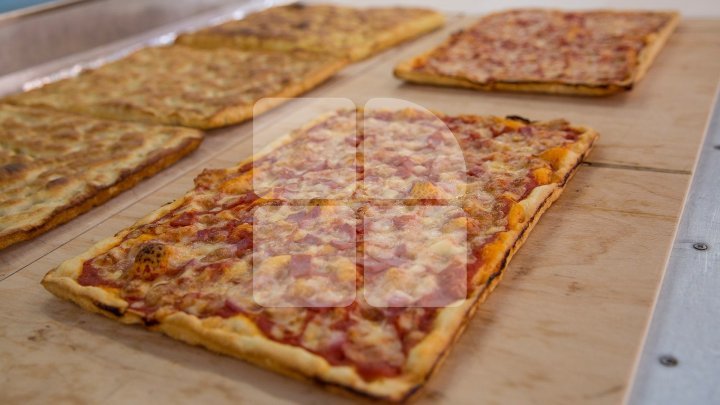 They have learned the secrets of the Italian bakery and they're now ready to surprise Moldovans with the most original tastes. We are talking about 12 people in the south of the country who have been trained by a cook coming from Italy. After three weeks of training, the participants received certificates.

At the last bakery lesson, all participants were actively involved in preparing bread according to the Italian recipe. Although the ingredients are the same, the taste and the quality make the difference.

Alina Railean intends to open a bakery in Basarabeasca. The young woman says that the Italian products will be absolutely in the menu.

"I learned the frolic paste and paneton I made and fruitless bread, but it is so good," said Alina Railean, participant.

Ion Rotaru is the owner of a café in Cimislia. He claims he will begin to amaze his visitors with Italian pizza.

"I never thought it could be so tasty and easy to do," said Ion Rotaru, a participant.

The trainer says the Moldovan are ready to cook alone.

"We hope that more people will be interested in Moldova," said Giovanni Melli, chef.

"We also want to make a special course, which will probably last for a week and will only be about pastry and pizza," said Claudiup Li Calzi, the business consultant.

At a ceremony, participants were given certificates. The Italian ambassador also participated in the event.

"I am extremely pleased to see an example of collaboration between the Italian and Moldovan institutions as well as the synergy between the public and the private sector," says Valeria Biagotti, Italian Ambassador to Moldova.

"We want to invest a lot in Moldovan population because this element develops capacities to open business here at home. This will contribute to the development of the regions and thus contribute to stopping migration," said Dorin Andros, State Secretary.

The following courses will also begin in Cimislia on 4 June