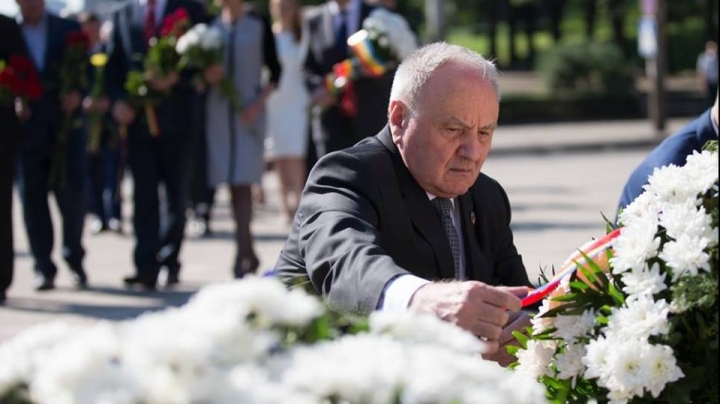 Today is the anniversary of 512 years from the death of Stephen the Great. The ruler of Moldova, who reigned for almost 50 years, is commemorated through flower procession to his statue in the center of Chisinau.

At the event were also present the president of Moldova, Parliament speaker and the prime minister, who paid their respect, admiration and gratitude towards the man who fought for the independence of the country in the period of between 1457 and 1504.

Also regular people paid an homage to Stephen the Great.

Stephen the Great has built 44 churches, which are part of the world cultural patrimony. The ruler was canonized and made a saint on 15 July 1992.