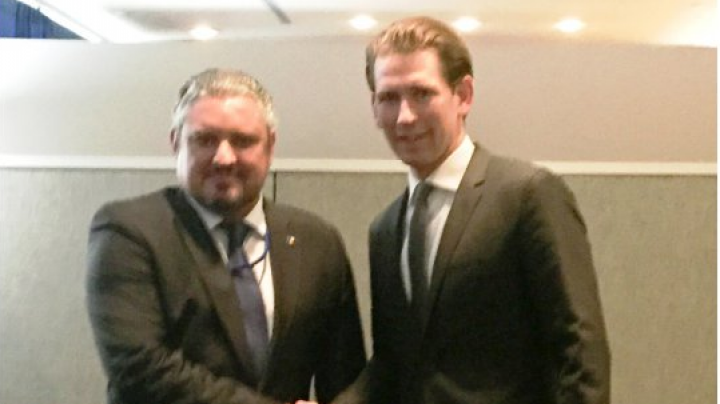 Deputy Prime Minister, Foreign and European Integration Minister Andrei Galbur today had a meeting with Federal Minister for Europe, Integration and Foreign Affairs of Austria Sebastian Kurz in the context of the 71st session of the UN General Assembly, held in New York, Moldpres informs.

The officials exchanged opinions about the topical issues on agenda of bilateral relations, as well as on European reform agenda of Moldova. They welcomed the upward development of the Moldovan-Austrian relations, illustrated by recent opening of the Austrian embassy in Chisinau and by accepting the invitation to pay a visit to Chisinau in early 2017.

Galbur thanked for the valuable assistance provided to Moldova within the Programme on Austrian Development Cooperation by implementing important projects in the good governance, education and infrastructure.