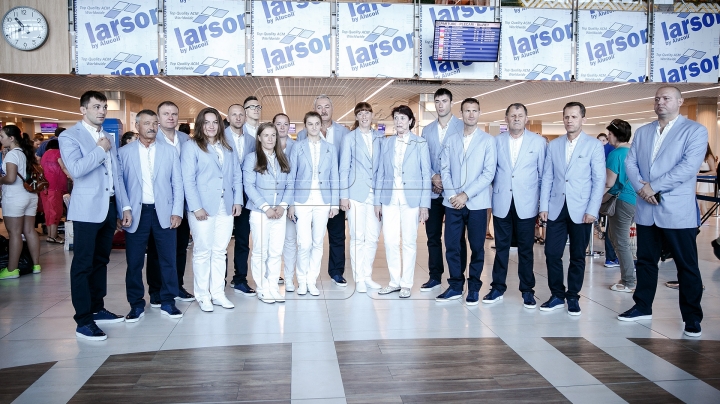 Rower Sergey Tarnovschi achieved the best result among the 23 athletes who represented Moldova at the Olympic Games in Rio de Janeiro.

The athlete has won the bronze medal in canoe simple sample distance of 1,000 meters. The only medal of our representatives at Rio may be withdrawn if it turns out Tarnovschi was doped.

The only Moldovan judo player arrived at Rio, Valeriu Duminica, lost dramatically in sixteenths and was ranked ninth in the category of 81 kilograms.

The freestyle wrestler Mariana Cherdivară-Eşanu finished the competition in 11th stage in the category of 58 kilograms.

Also  another naturalized athlete, Briton Aaron Cook was ranked on the 11th place. Taekwondo fighter was defeated in the first game in the category of 80 kilograms.

Weightlifter Natalia Prişcepa ranked 12 in the category up to 75 kg.

Sergei Tarnovschi's bigger brother, Oleg was ranked no. 14 in singles canoe sample on the distance of 200 meters.

Freestyle wrestler, Eugen Nedealco lost in the first round of qualifying and was ranked 16th in the category of 74 kilograms.

Alexei Sancov was ranked 34 in the sample of 200 meters freestyle  swimming.

Tennis player Radu Albot won the first round but was eliminated in the final sixteenth by Croat Marin Cilic.

Ivan Emilianov and Dimitriana Surdu didn't qualified for the final in the weight throw, just as Marina Marghiev-Nikisenko the hammer throw.

Natalia Stratulat has completed developments in the preliminary round of the sample disc throwing.

The flag bearer of Moldovan delegation, Nicolae Ceban, lost in the first round of the competition in the category of 97 kilograms wrestling and Roman Prodius ended  marathon competition on 105th.