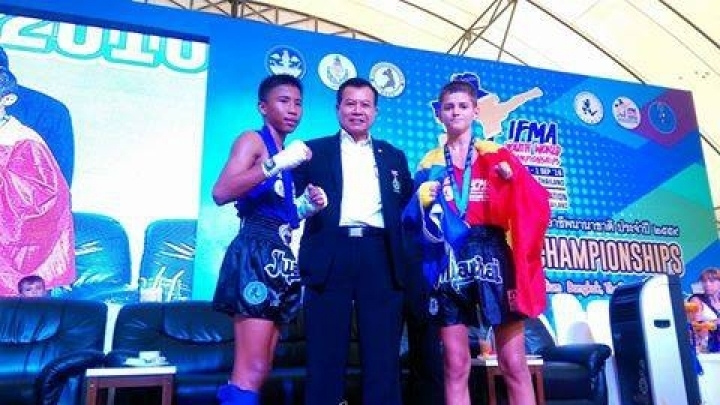 Good news for Moldovan sport. Marius Covali won the silver medal at the Muay Thai World Championship, reserved to juniors and cadets, which is taking place in Bangkok, Thailand.

The Moldovan sportsman fought in the semifinals with an English sportsman, and in finals with a Thai athlete.

Muay Thai or Thai box, national Thai sport, is a type of fight derived from the Thai martial arts, which involves only fists, legs, elbows and knees.

Muay Thai, translated more broadly means the Thai people’s way of fighting man against man without weapons. In the last period of time, the term has received a meaning of “bloody sport”, “brutal fight” or “ultimate fight”, a true thing for just a few generations behind.