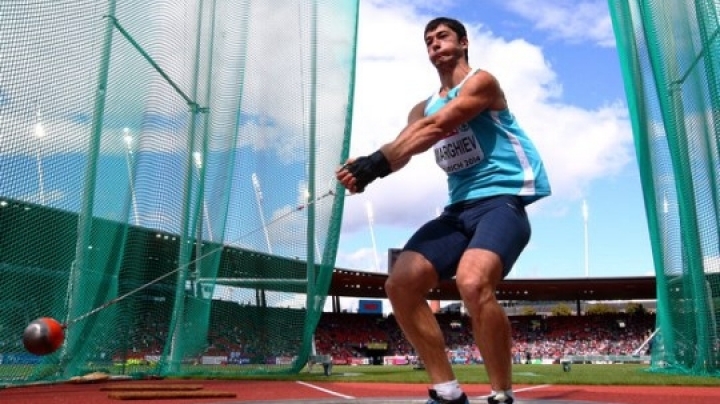 The Moldovan athlete Sergiu Marghiev was qualified in the finals of the hammer-throw competition at the Rio Olympics.

The Moldovan sportsman has registered the result of 74.97 meters and was placed sixth in the B group of the qualifications.

The male finale of the hammer-throw will take place on Saturday morning.

Oleg Tarnovschi, the Ukrainian who represents Moldova, has missed the qualification in the final of the simple canoeing competition on distance of 200 meters. Tarnovschi was placed third in the second semi-finals, being timed with 40.715 seconds.

Oleg Tarnovschi, together with his younger brother Serghei, will perform on Friday in the double canoeing on distance of 1,000 meters.

Freestyle fighter Mariana Cherdivara-Esanu has ended her performance at Rio Olympics. Our athlete has competed in the weight category of up to 58 kilograms, has obtained the victory in the round of 16 against a fighter from Ecuador, but then lost in the quarter finals. Cherdivara-Esanu lost in front of Saksi Malik from India.