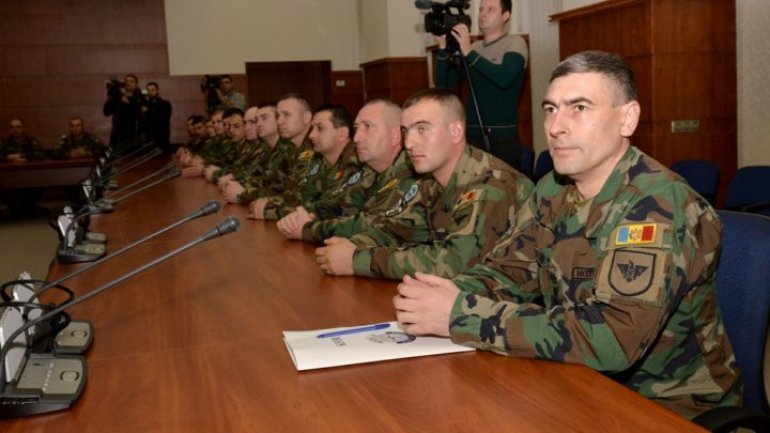 The contingent, made up of 40 soldiers, was greeted by leader of Defense Ministry and the National Army, at a ceremony held at the institution headquarters.

At the event, Defense Minister Eugen Sturza said that the 40 Moldovan officers and non-commissioned officers, through the quality of missions executed during the six months of the mandate, demonstrated that Moldova has a well-trained human potential according to the modern standard who are ready to act in international peace stabilization and peacekeeping operations.

Also, Eugen Sturza referred to the appreciation of NATO officials, stating that at the inauguration ceremony of the North Atlantic Alliance liaison office in Chisinau, NATO Deputy Secretary General Rose Gottemoeller praised the National Army's contribution to the KFOR mission.

"He said that by dedication and professionalism, Moldovan soldiers have proved to be a valuable contribution to NATO's efforts to strengthen stability and security in Kosovo," the Defense Minister said.

On this occasion, peacekeepers of KFOR-7 were decorated with government diplomas and distinctions of the National Army.

The Seventh National Army contingent, comprising 40 officers and non-commissioned officers, was in Kosovo from June 2 to December 12 this year. They carried out patrols, land research, escorts and security of strategic objectives.

Moldovan peacekeepers were part of the Multinational Peacekeeping Force (KFOR) and were deployed in the Italian Military Camp Camp Vilaggio in Pech, Kosovo.