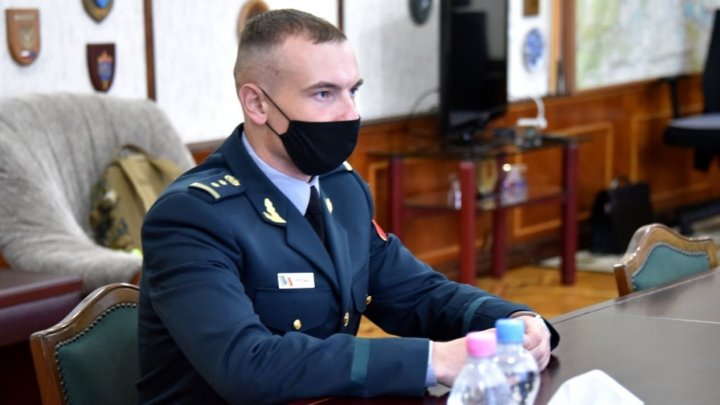 A National Army soldier, Lieutenant Alexandru Prodan, was admitted to Cranwell Royal British Air Force College. The young man, born in the village of Tarnova, Donduseni district, will do a six-month internship in Great Britain, studying military art in one of the most prestigious educational institutions in Europe, which this year marks its centenary. Graduates of the college include Prince Charles, Prince William, and former Prime Minister Winston Churchill.

Alexandru Prodan is 24 years old, he graduated from the Military Academy of the Armed Forces "Alexandru cel Bun" in Chisinau. He always dreamed of becoming a pilot.

Alexandru studied at the "Alexei Mateevici" High School in Dondușeni, then did military service in the National Army Honor Guard. After graduating from the Military Academy, Alexandru Prodan became the first Moldovan soldier admitted to Cranwell College. The young man says that he trained intensely, just like the astronauts.

In the middle of the month, Alexander will go to London to start classes at the British Air Force College, where the best soldiers in Europe study every year.

The Moldovan military says that the rules of conduct at this prestigious institution are very strict.

There are about 6,500 servicemen in the National Army. Another 2,000 people are employed by the Ministry of Defense. According to officials, equipping the army with equipment and weapons is not the main indicator of effectiveness