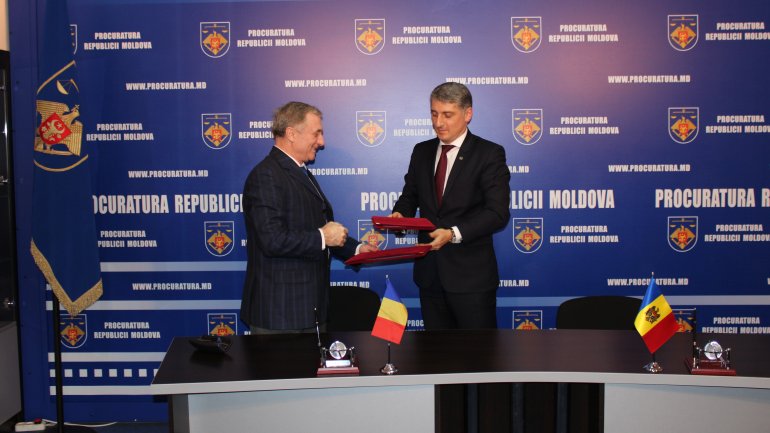 Moldovan Prosecutor General's Office and Prosecutor's Office attached to the High Court of Cassation and Justice of Romania have signed today, January 26th, a cooperation program for the years 2017 - 2019, which will lay the foundation for a new direct dialogue between prosecutors in both states.

The document was signed by the Attorney General, Eduard Harunjen and his Romanian counterpart, Augustin Lazar, who arrived in Chisinau at the invitation of the Attorney General of the Republic of Moldova to participate in events on the anniversary of 25 years since the creation of the Public Prosecutor of the Republic of Moldova .

The parties have agreed to organize, during the years 2017 - 2019, a series of meetings to exchange experience and practical training for Moldovan prosecutors at the prosecutor's offices attached to tribunals in Romania, in the departments specialized in combating organized crime and the Prosecutor's Office attached to the High Court of Cassation and Justice of Romania.

In the context of the meeting, the effectiveness of the  cooperation with the Moldovan Prosecutor General's Office has been highlighted.