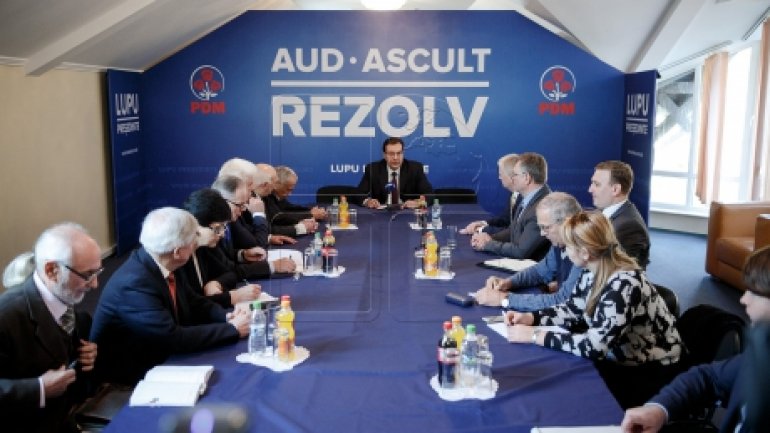 Moldovan scientists appreciate Marian Lupu’s views and back up his candidacy for president. This opinion has been expressed by a group of academicians after a meeting with the PDM’s runner.

They have discussed a series of key issues for the Moldovan society: supporting the academics, developing innovation, finishing the reforms in education, healthcare, agriculture, economy etc.

"Developing the science must be a priority of the next president. We need an inspiring partnership. The research projects last long: some need years to be successfully ended. That is why we need the stability that Marian Lupu can offer us as a president," said the academician Ion Guceac.

The academician Victor Țvircum says "there is a very important moment of the coming elections: the person to be president must emphasize the country territorial and social integrity."

"We see Marian Lupu as a president joining together society, sets the people’s problems on the agenda and does not promote the destruction," Victor Țvircun added.

Marian Lupu has thanks the academicians for their support, stressing he insisted to have the meeting with the members of the Academy of Science because he appreciates their advice.

"We’ve had a live, interactive discussion in which we have seen converging points referring to educations, research, healthcare, and the general development of the country. I’ve been inspired with optimism after this meeting. I have again convinced myself we have important human and intellectual potential, but especially that we have people holding this country dear and are willing to contribute to its thriving," the PDM leader said.