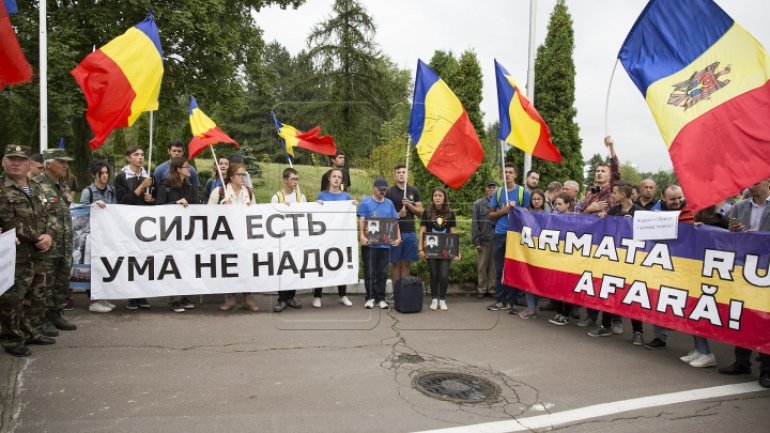 The combatants are carrying out now a protest at the airport which opposes his visit to the left Dniester River.

The plane with Russian official will land in Chisinau at 14:10.

The Russian official will expectedly be in the VIP room where dozens of protesters are waiting for him.

Rogaozin posted on social network that he would celebrate Russia's Christianization in Chisinau few hours ago.

Also, the official will arrive in Chisinau with his ten-member delegation.

Yesterday Russian Deputy Pavel Sperov along with other artists were banned from entering the territory of the Republic of Moldova. They were forced to return home at the airport. All were to participate in events on left Nistru.