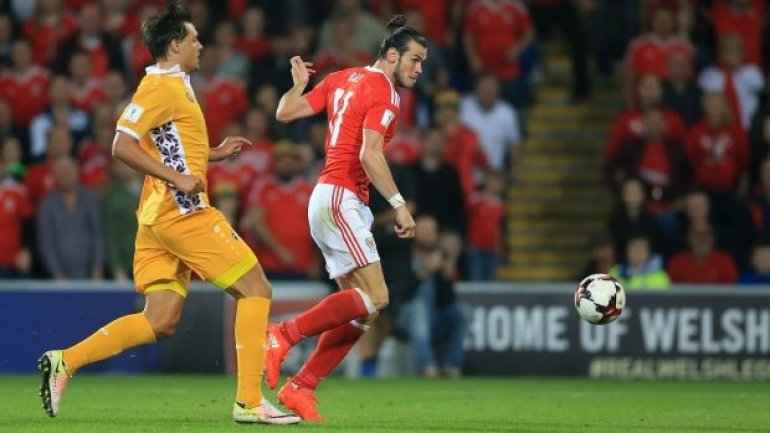 Moldova and Wales meet for the fourth time in a 2018 World Cup qualifier in Chisinau on Tuesday night.

This was a game that went down in Welsh football folklore following Moldova’s acceptance to play as an independent nation following the break-up of the old Soviet Union. Moldova had not played a competitive fixture and there were few home comforts for the few dozen Welsh fans who travelled, with cockroaches in the hotels and border guards wielding Kalashnikovs. It did not get any better on the pitch despite Gary Speed’s first international goal giving Wales an early lead. Moldova took a 2-1 lead through Radu Rebeja and Sergiu Secu and, although Nathan Blake equalised 20 minutes from time, Valerii Pogorelov came up with a late winner – one of the most famous goals in Moldovan history.

Wales were out for revenge 11 months later when Moldova made the return trip to Cardiff. Bobby Gould had taken over as manager with Mike Smith paying the price for a disastrous European Championship campaign which had also seen Wales thumped 5-0 in Georgia. The apathy in Welsh football was reflected by a near-deserted National Stadium in Cardiff but a morale-boosting victory was achieved, again thanks to Speed’s prowess in the air. Mark Pembridge’s deep 55th-minute corner was met by the head of Adrian Williams and the ball was sent across goal for Speed to finish from close range. Wales would eventually finish bottom of the group, two spots below fourth-placed Moldova.

Almost 21 years on from Moldova’s previous visit to Cardiff and there was a far different mood to the one felt in the mid-1990s. Wales were on a high after reaching the semi-finals of Euro 2016 – their first major tournament for 58 years. The Moldova game marked Wales’ homecoming from a memorable summer in France and the start of the 2018 World Cup qualifying campaign. An expectant home crowd had to wait for the floodgates to open as Moldova frustrated Wales until the 38th minute, but Sam Vokes and Joe Allen both scored before half-time. Gareth Bale then latched on to a dreadful back pass five minutes after half-time to put the result beyond doubt and the Real Madrid star added further gloss by converting a penalty in stoppage time.