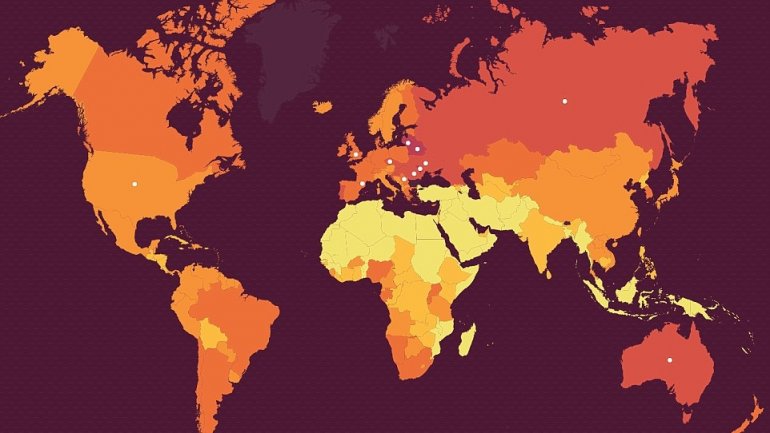 Moldova, Belarus and Lithuania are the top three on alcohol consumption at world level.

Moldovan citizens are drinking the equivalent of 17.4 liters of pure alcohol per year per person, followed by Belarus and Lithuania (17.1 liters) as shown in an interactive map done by Vouchercloud.com, which used data from World Health Organization (WHO) in the period 2010-2015.

According to this interactive map, which shows the consumption of pure alcohol per person, the first ten places of this top which comprises 196 countries are occupied by Russia, Czech Republic, Ukraine, Andorra, Romania, Serbia, and Australia.

They are followed by Slovakia, Portugal, Grenada, Hungary, Latvia, Croatia, and Great Britain.

Placed 49, The United States are a nation with a moderate alcohol consumption, with only 9 liters per person in a year.

Unsurprisingly, maybe because of religious restrictions, Kuwait and Pakistan are registering the majority of abstainers, with an average consumption of 100 milliliters of alcohol per year, or one bottle of wine.