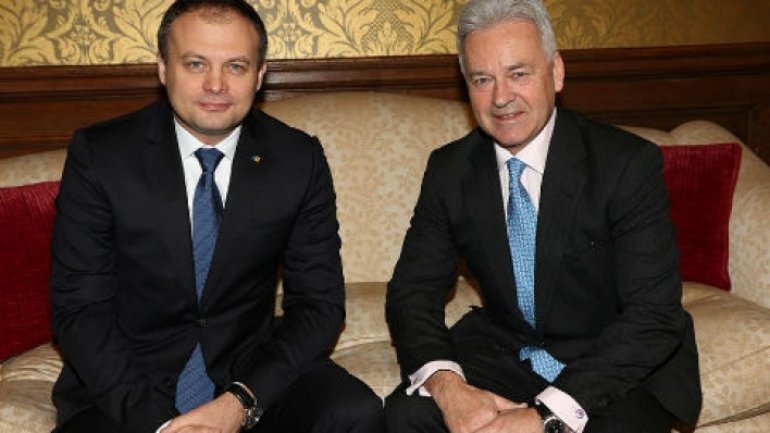 Moldova will ink a free trade agreement with the U.K. A principle understanding has been reached today at the meeting of Parliament President Andrian Candu with the Minister of State for Foreign and Commonwealth Affairs, Sir Alan Duncan.

The officials have discussed opportunities of investing in Moldova, the need to maintain and enhance trade, including after the Brexit. The trade balance between the two countries is in green, as Britain is Moldova’s fifth biggest importer.

Andrian Candu has appreciated the assistance in unfurling reforms through the Good Governance Fund. EUR5 mn are to be invested through it this year to carry out 8 projects envisaging fighting corruption, improvement of business environment, reform of the judiciary, of the banking sector, of the power sector and of the public administration.

Alan Duncan has greeted Moldova’s progress in promoting reforms and accomplishing the international commitments the power in Chișinău had assumed. He considers opening an office of the British Council in Moldova.

He has also greeted the Moldovan speaker’s proposal to receive assistance and expertise in regulating issues related to broadcasting, propaganda, misinforming and developing local media content.

They have agreed to hold a forum in May to broach topics as the information security and developing info products on a market like Moldova’s.

The sides have tackled the Transnistrian issue agreeing that, beyond representing a security risk for the entire region, it’s a hindrance in investors’ attracting. The British Foreign Ministry also offered its expertise and experience regarding this issue.