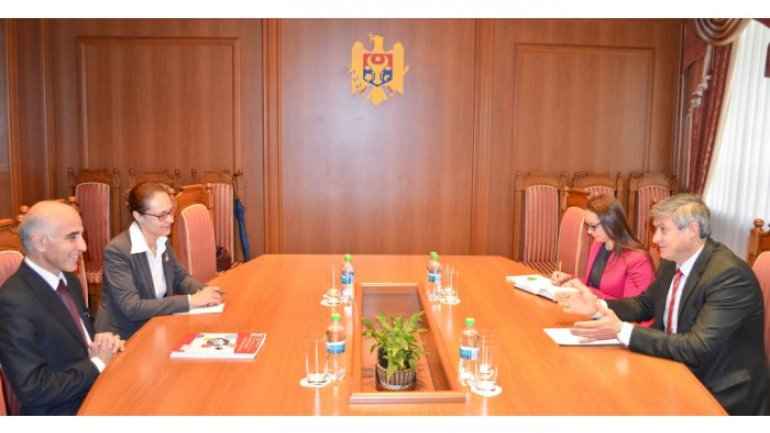 Secretary General of the Ministry of Foreign Affairs and European Integration Anatol Vangheli received the new Director of the Regional Office of Francophone University Agency (AUF) for Central and Eastern Europe (BECO), Mohamed Ketata, who carries out the period October 11–12 a working visit to Moldova, Moldpres informs.

On this occasion, the Moldovan official stressed the importance that Moldova dedicates to cooperation with the Francophone University Agency to promote and support the role of French in educational system of Moldova, both at the university, as well as pre-university education levels. It was also mentioned that Moldova favours a greater presence of AUF projects regionally. At the same time, the Secretary General Anatol Vangheli informed the interlocutor about the activities organized in Moldova this year within the 20th anniversary celebration of Moldova's accession to institutional Francophonie.

Mohamed Ketata appreciated Moldova's intention to strengthen relations of cooperation with AUF and actions taken to strengthen the partnership with La Francophonie, expressing AUF willingness to further deepen cooperation with Moldova. The new BECO Director has noted that within the frames of AUF work programs, Moldova is a priority country in the region of Central and Eastern Europe, giving assurances, similarly, that it will assume personal commitment as Director of AUF Regional Office to achieve exact projects to support Francophone values and the young Francophones in Moldova.
AFLĂ imediat Știrile Publika.MD. Intră pe Telegram