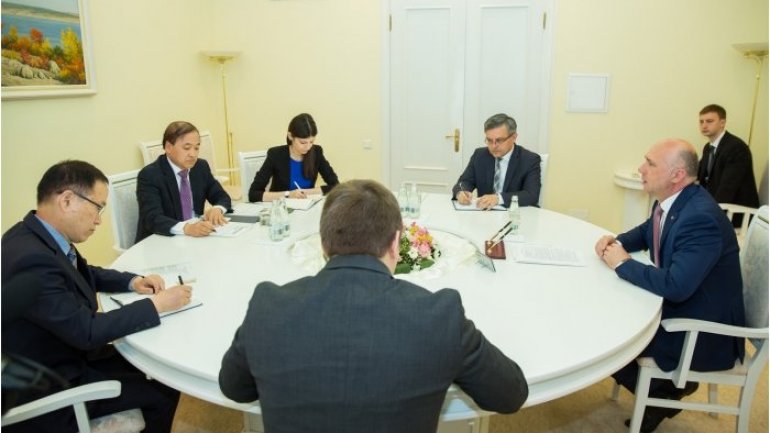 The sides discussed priority actions, in the context of marking the 25th anniversary of the establishment of the Moldovan-Korean diplomatic relations. In this respect, the officials expressed willingness to strengthen the political dialogue, as well as to advance the cooperation in the commercial and economic sectors, agriculture, information technologies and good governance.

The prime minister appreciated the positive answer of the Korean side on the change of Moldova’s embassy accredited for South Korea from Beijing to Tokyo. Pavel Filip conveyed also a congratulatory message to his Korean counterpart Lee Nak-yeon for his election as prime minister of Korea on 31 May this year.
AFLĂ imediat Știrile Publika.MD. Intră pe Telegram