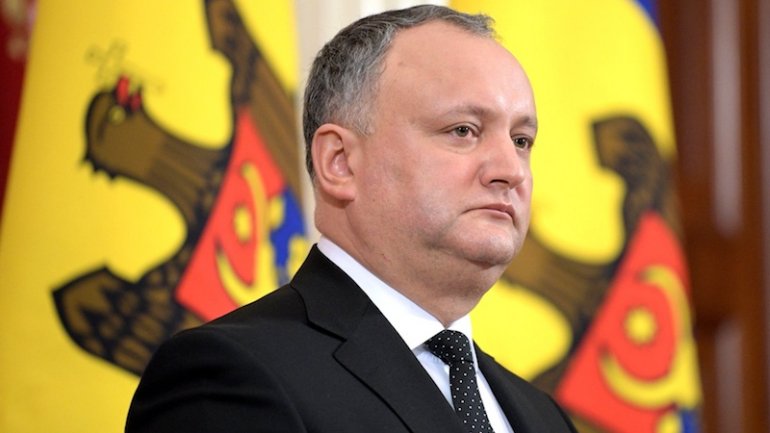 The Moldovan government said on Thursday it has sent 57 servicemen to Ukraine to participate in military exercises starting this week, deepening a row with the pro-Russian president who had vetoed the move.

The drills in western Ukraine from Sept. 8-23 will be conducted mainly by NATO member countries, including the United States, the United Kingdom and Turkey.

They coincide with war games known as “Zapad”, or “West”, by thousands of Russian troops in Belarus, the Baltic Sea, western Russia and the Russian exclave of Kaliningrad. The Russian exercises have worried NATO despite Moscow’s assurances troops would rehearse a purely defensive scenario.

Moldova is governed by a pro-Western government and a pro-Moscow president, meaning frequent clashes over foreign policy, especially where relations with Russia and the European Union are concerned.

The government’s plans to send troops were vetoed by President Igor Dodon, who argued that Moldova is bound by its constitution to stay neutral. The defense ministry ignored the president, who is also Moldova’s commander-in-chief.

“Officially I confirm that, despite all the obstacles, 57 servicemen of Moldova, as was planned earlier, just an hour ago went by bus to participate in NATO military exercises, which start on Friday in Ukraine,” Defence Ministry spokeswoman Diana Gradinaru said.

Earlier this year Dodon banned the participation of military personnel in NATO exercises in Romania, prompting complaints by the U.S. and Romanian ambassadors.

Moldova has been governed by pro-Western governments since 2009 and signed a trade pact with the EU in 2014. Russia retaliated by halting imports of Moldovan farm produce, depriving the country of a key market for its wine, fruit and vegetables.

Relations suffered further this year due to a dispute in March over the treatment of Moldovan officials traveling to or through Russia, and the expulsion of Russian diplomats in May.