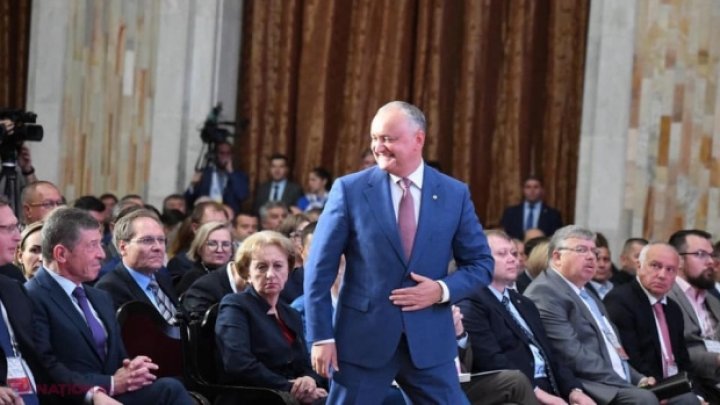 The Republic of Moldova, a small country in south-eastern Europe, confused with the Maldives and sometimes compared to the middle of a sandwich because it’s between two larger states, Romania and Ukraine, appears in the attention of the international press, most often, with negative topics. A few months ago, the government in this country has changed, reports ziarulnational.md.

After the parliamentary elections, the power was taken from the Democratic Party, a pro-Moldovan and pro-Western party, by a strange coalition, formed by the Socialist Party, a deeply pro-Russian one, and the bloc ACUM, which is combined of two parties, and which president of Russia, Vladimir Putin called "conventional pro-European". The new majority was quickly christened the "Kozak Alliance", in the name of the Russian Deputy Prime Minister, Dmitri Kozak, who played a decisive role in its formation.

Although PSRM and ACUM leaders, seconded by the country's president, the pro-Russian Igor Dodon, have announced that they are freezing geopolitical talks, things that happened in the 100 days of the government show an increasingly strong anchorage of Moscow in its former republic union. Many independent experts from Chisinau issue a warning saying that Russia takes control of the main Moldovan institutions responsible for the security through Igor Dodon, informal leader of the socialists.

The Intelligence Service was subordinated to Dodon, as well as was the Service that provides the protection and security of the first persons in the state. The Minister of Defense is the exponent of the Socialist Party, along with the Deputy Prime Minister for the Reintegration of the country, which manages the file of the separatist region of Eastern Moldova, de facto controlled by Russia. Igor Dodon also created a super-body, called the Supreme Security Council, where state structures are obliged to provide all kind of information, including state secrets.

It seems that Russia is recapturing Moldova not only politically and institutionally. Moscow wants to significantly increase its economic presence in this country on the border of the NATO and on the coast of Ukraine. And their friends in the new government from Chisinau have a significant contribution in this process.

Only in September were a series of events and several messages were sent, which show the increased economic interest of Russia in Moldova. During September 19th -21st, a Moldova-Russian business forum was held in Chisinau, after a long pause of such practice. The forum was also attended by Dmitri Kozak, who is pretty often in the Republic of Moldova lately. The forum announced, among other things, the intention to build a ring road around Chisinau, the dream of Moldovan capital citizens for many years. Also, the investor would be a Russian billionaire, Igor Bukato, the president of the Vozrojdenie group of companies. And because this news had purpose to be a political investment, the announcement was made at the meeting with the pro-Russian president, Igor Dodon, who is strongly supporting Ion Ceban, from the Socialist party leadership, in the electoral campaign for the Chisinau.

Same Dodon has recently made other affirmations, such as Russian investors are interested in taking over the only port in the small European country, as well as Chisinau International Airport, as well as the country's only air gate. In fact, Dodon's announcement received a reply from the former President of the Moldovan Parliament, Andrian Candu. The Democrat criticized the intention of the PSRM-ACUM government to surrender the port of Giurgiulești, managed by a Dutch company, to the Russians, as well as taking over the Chisinau International Airport from a British company, belonging to the Rotschild clan, in order to transfer it to the Russians.
Moreover, the direct and veiled attacks of President Igor Dodon and the Government of Chisinau on the company that took over the concession contract of Chisinau International Airport are causing more and more concern in the diplomatic and foreign investor environment, and more publics started to wonder if the promises of "de-oligarchization" of the Republic of Moldova will not, in fact, turn into "dodonization", the well-known British journalist Will Nicoll wrote recently in the prestigious publication Intellinews.com. Also, a Moldovan security expert, with studies in the United States, Dumitru Mînzărari, wrote that the Airport and the maritime port should not be transferred to Russia. He explains that the maritime ports and airports are easy entry points to Moldova for the strategic means of transport of the Russians, with which they can transport military equipment and military troops. "If geographically we are separated from Russia by Ukraine, which is a great luck for us (otherwise Transnistria would be as it is Abkhazia and South Ossetia), otherwise the Russian control of the Giurgiulesti port and the country's airports reduces to zero that territorial island which Ukraine offers to us”, is convinced Mînzărari, who also held the position of Secretary of State at the Ministry of Defense during the governorship of the Democrats.

Also, in September, the president of the Moldovan Parliament, the Socialist Zinaida Greceanii, had several visits to Kazakhstan and Kyrgyzstan, former republics of the USSR. The discussion was about joint investment projects, including in the IT field. Similarly, negotiations were held with Belarusian officials to develop joint economic projects. Kazakhstan, Kyrgyzstan and Belarus are satellite states of Russia, and the projects discussed with the Moldovans only mean returning to the gravitational field of the former metropolis - Moscow.

In conclusion, if during the Democratic Party's governance, Moldovan exports to the West, especially to the EU, increased steadily, to over 80% (in 2003, Moldova exported almost 40% to Russia), and the share of exports to Russia had reached only 8%, now exports to Russia and other CIS countries are increasing, leisurely, but ascendant. The trend can be reversed again if Russian interest in Moldova continues to increase, to the detriment of the western one. And for Moldova to be even more attractive for "mother Russia", Igor Dodon announced that 2020 will be Russia's year in Moldova.
AFLĂ imediat Știrile Publika.MD. Intră pe Telegram