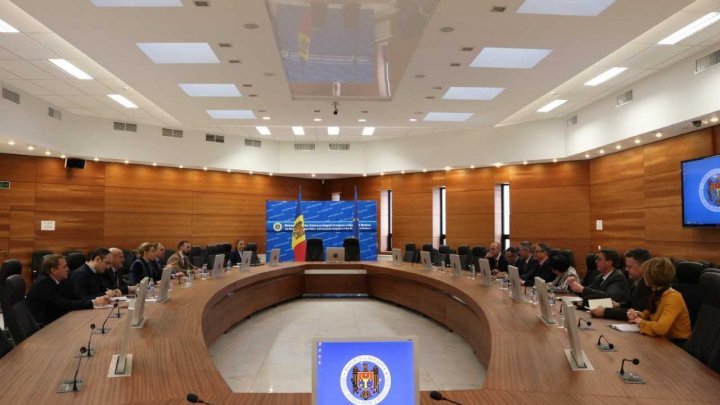 During the meeting with mediators and observers in the Transnistrian settlement process - the heads of diplomatic missions of Russia, Ukraine, Slovakia, the OSCE Mission to Moldova, the U.S.A and the EU, MFAEI State Secretary Tatiana Molcean outlined the position of authorities of Republic of Moldova on challenging actions taken lately by the exponents of the Tiraspol regime.

The State Secretary of the MFAEI expressed the disappointment and dismay of the Moldovan authorities about the recent opening of an "official representation of Transnistria in Moscow", camouflaged under the auspices of a public organization.

In this context, Moldovan authorities consider that actions concerned is flagrantly contradictory to the basic provisions of the Moldovan-Russian Treaty of Friendship and Cooperation, signed in November 2001, as well as the commitments assumed by the Russian Federation as an impartial mediator in the process settlement of the Transnistrian conflict.

The State Secretary also drew attention to Krasnoselski's so-called decrees of 19 October 2018 and January 25, 2019, whereby seven localities on the left bank of the Nistru river in Dubăsari (Doroţcaia, Coşniţa, Pohrebea, Pârâta, Cocieri, Molovata Nouă and Vasilevca), as well as Varnita, on the right bank of the Dniester, are declared as "temporarily under the control of the Republic of Moldova".

The MFAEI official said that the authorities of the Republic of Moldova consider these acts as a challenge to all international partners involved in the Transnistrian settlement negotiations, which is likely to destabilize the situation in the Security Zone and create new tensions between the two banks of the Dniester.

The State Secretary of the MFAEI stressed that through such destructive actions, along with the public statements of the representatives of the Tiraspol regime regarding their tendency to "obtain the international recognition of the independence of the Transnistrian Moldovan republic", excluding any alternative to the settlement process of the Transnistrian problem, it is practically undermining the policy of small steps and confidence-building measures and supporting the population in the conflict zone.

In this context, the Moldovan diplomat addressed all the partners involved in the process, especially the OSCE Mission to Moldova and the OSCE Chairmanship-in-Office of the OSCE, with the request to take a grave attitude towards these defiant actions of Tiraspol, which, undermines the process of negotiations on the settlement of the Transnistrian conflict.