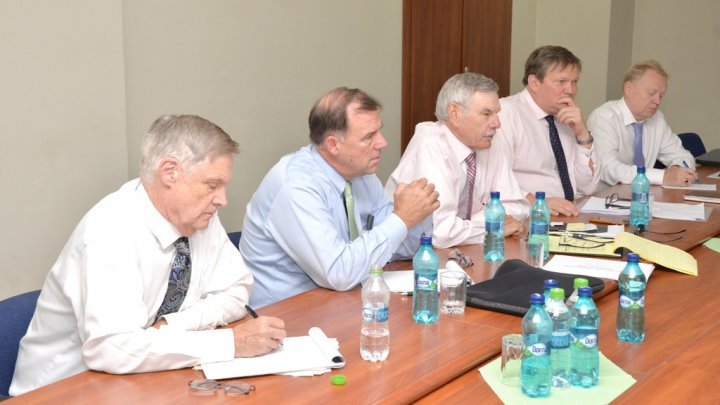 The process of implementing of the Defense Capacity Building Initiative for the Republic of Moldova (DCBI) has been analyzed by Secretary General Radu Burduja and a group of NATO experts from the USA, the United Kingdom and Romania, who are on a visit work at the Ministry of Defense.

Radu Burduja informed the experts about the achievements registered in the context of the implementation of the first phase of the DCBI package, focusing on the approval of the National Defense Strategy and the Action Plan for its implementation for the years 2018-2021 by the Parliament of the Republic of Moldova.

The Secretary General also referred to the Military Strategy, a document in the finalization and approval phase and the actions to be undertaken later, with the start of the second phase of the Implementation Process of the DCBI package for the Republic of Moldova which presume to develop defense capabilities.

Radu Burduja appreciated the contribution of partners from the USA, Romania, Great Britain, France, Austria and Germany in the process of reforming the national defense system in the context of DCBI implementation.

It should be noted that in June 2015, the Republic of Moldova was accepted by the North Atlantic Alliance as part of DCBI, the Ministry of Defense being designated as the institution responsible for its implementation.

DCBI aims to strengthen the defense capability of the Republic of Moldova and assumes a two-phase assistance package.