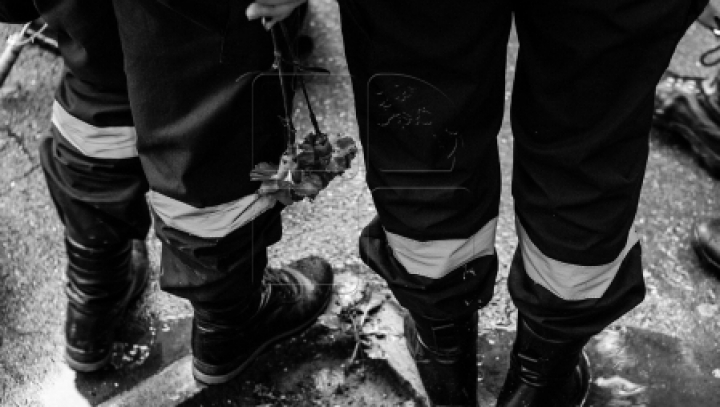 Moldova has paid a last homage to the heroes fallen on mission. The SMURD helicopter crew members that died in Cantemir district on Thursday have been commemorated by colleagues, officials and ordinary people.

As the Moldovan president ordered this day to be a mourning day, the sirens of firefighter trucks sounded at noon, as the people have made a carpet of flowers and candles in front of the Romanian embassy in Chisinau.

Religious services have been performed in churches, as a condolences book has been opened at the embassy.

"I bow to the heroism and devotion of the ones fallen on their duty," said Parliament speaker Andrian Candu.

"It’s our moral duty to express our respect to the accident victims," said prime-minister Pavel Filip.

"It’s painful because they died trying to save others," said deputy premier Gheorghe Brega.

"They were on duty, they wanted to save people’s lives, and they became the victims of this tragic accident," said MP Valentina Buliga.

"They tried to save another life, after already saving one on the same day. They did their best all their life," said Chișinău mayor Dorin Chirtoacă.

Moldova’s flags have flown at half-mast as all the entertainment events have been canceled.