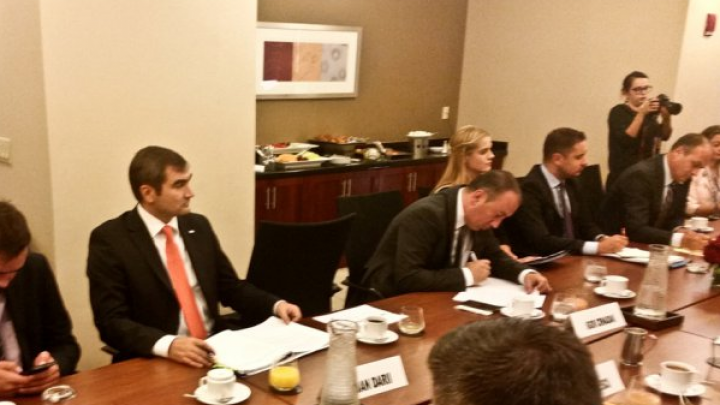 Deputy Foreign and European Integration Minister Lilian Darii participated in an informal meeting of the foreign ministers of the member states of the South-East European Cooperation Process (SEECP) in New York today. The meeting was organised by Croatia, on the sidelines of the 71st General Assembly of the United Nations, Moldpres informs. .

The participants in the event exchanged opinions on recent developments in the South-East European region, their impact on regional cooperation and processes of European integration of the states participating in SEECP.

In his speech, Deputy Foreign Minister Lilian Darii conveyed a message of appreciation and support for the 2016-2017 schedule of activities of the chairman-in-office. In the context, he stressed SEECP’s importance as principal forum of political dialogue in the South-East European region. Among priorities of the chairmanship-in-office, Darii highlighted as particularly important the ones concerning the providing of support to candidate states and potential candidates to EU accession, operational coordination, regional energy synergy, response to crisis situations, and respectively, promotion of science and education. On this occasion, the deputy foreign minister reaffirmed Moldova’s commitment to continue the European integration and enforce the political and economic reforms, in line with the provisions of the Moldova-EU Association Agreement.

The South-East European Cooperation Process was launched at Bulgaria’s initiative in 1996. Moldova joined SEECP as full-fledged member on 4 May 2006 at the Thessaloniki Summit and held the organisation’s chairmanship-in-office in 2008-2009.