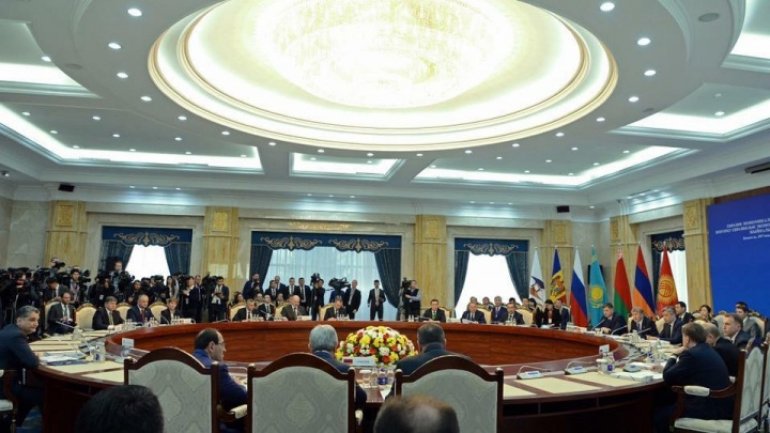 Moldova is now observer of the Eurasian Economic Union. Today, in  Bișkek was taken the decision, where the meeting of the Supreme Council of this organization unfolded.

This doesn’t mean that Moldova becomes member of the Eurasian Economic Union, but offers the possibility to know better the principles of activity of the organization, according to the country’s president.

On the other side, Andrian Candu, the president of the Parliament, declared that the signed document doesn't have judicial value.

The priority of Moldova is the European integration and the country won’t depart from this route.