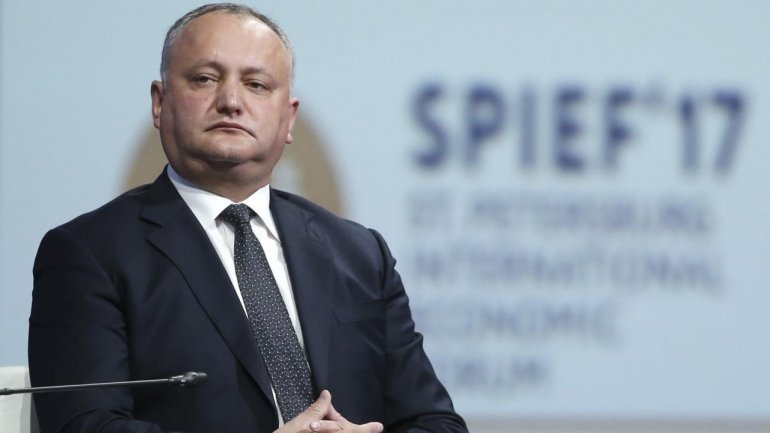 Russia will not manage to destabilize our country, even if it is attempting to do so through Igor Dodon. It is the conclusion that the American Institute for the Study of War came up with, after performing some research on this matter. In their study they mentioned that despite the trials, both the Parliament and the Government from Chisinau are inputting all their efforts to maintain the pro-European policy and lead the country toward west.

According to the research made in Washington, the President Igor Dodon is attempting to lean Moldova toward Russia, but is facing resistance from both the Government and the Parliament. The head of state wished for a referendum through which he hoped to transform our country into a presidential republic.

His plan were ruined though, when in July, the Cosntitutional Court announced that the plebiscite is unconstitutional. According to the studies, Moscow, helped by Dodon, could use its military located in Transnistria to create tension before next year’s parliamentary election. Regardless of those trials, our officials still manage to cope with the situation.

The study made by the Institute for the Study of War also mentioned that our cooperation with Ukraine is creating difficulties for Russia in providing for the troops from the separatist region. It is possible that soon Moscow will lose its access to that region entirely.

On 21st of July the Prime- Minister Pavel Filip and Ukraine’s President, Petro Porosenko, managed to come up with a common boarder plan meant to assure both stability and control over Transnistria. The document also includes other important decisions taken by Chisinau’s Government with the purpose of punishing Russia for its actions toward our country.

In May, five Russian diplomats were declared persona non-grata in Moldova. They were accused of preparing mercenaries from Gagauzia to fight in eastern Ukraine.

Three months later, Russian Deputy Prime Minister, Dimitri Rogozin, was declared undesirable in the territory of the Republic of Moldova. The decision was taken after the official made a discrediting comment about our country and our citizens.

The Institute for the Study of War wrote that the pro-European parties from Moldova have the full support of the United States of America. Washington’s support is meant to ensure both the security and the integrity of Moldova, the creation of a reasonable and transparent Government, as well as to deter Russia’s aggression.