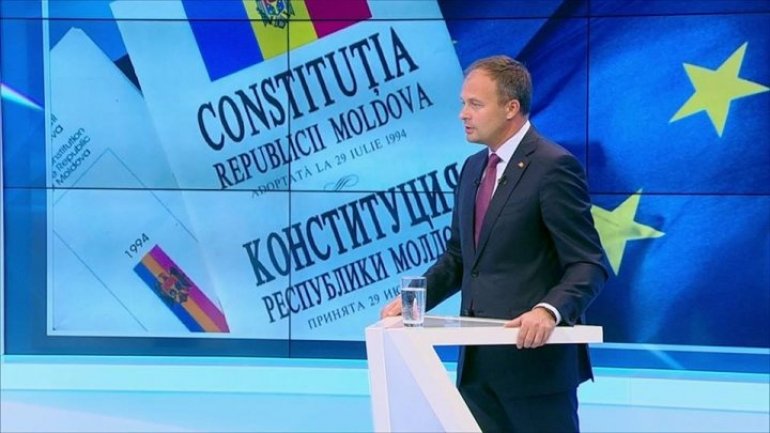 In the Replica show, Andrian Candu answers several questions. Regarding the European integration, the President of Parliament says that everything is done in favor of our country and for the citizens.

"The European integration is done through all the actions and reforms, the country must be developed, the citizens have to live in a better country. The Republic of Moldova must become the country where every citizen want to wake up in the morning and feel motivated to work.

"It would be good to write in the Constitution that the only way to develop the country is for European integration.

"It is not a legal provision because the Constitution does not only provide legal elements that create legal effects but are also legal declarations.

"It is not unprecedented. This exists in European countries as well as less European countries such as Georgia, they have new draft Constitution to indicate European integration as strategy for country development," said Andrian Candru, Parliament Speaker.

Regarding the need to modify the Constitution, Andrian Candu has firmly replied that everything is done for the future generation and for the country.

"The constitution will direct our authorities and institutions. The amendment will, firstly, ensure and guarantee all the actions oriented to European integration.

"Everything is done for the authorities, citizens and future generations, "said Andrian Candru, Parliament Speaker.