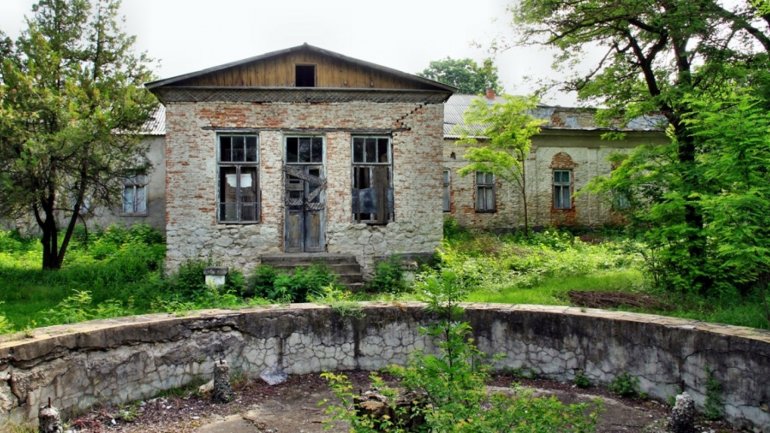 A national treasure might soon disappear. Boyar Leonard's manor, located in Cubolta village, Sângerei district, is falling apart by each passing day. The walls are the only thing left from the beautiful architecture.

Build in European style in the 19th century, it had high ceilings, spacious rooms, 24 fireplaces made out of Austrian materials, each with a unique decor. Now, there are only ruins.

Natalia Răcilă fondly remembers of the time her grandfather would speak of times when Boyar Leonard came to live on those lands.

"He would invite children who did well in school and would give them gifts: shirts, clothes, shoes, only so that they will attend school. He was interested in progress and wanted educated people" villager from Cubolta, Natalia RĂcilă said.

In front of the entrance stood a fountain, like those you can see in Italy, Spain and other European countries.

"Flowers, marble path, statues from Italy. When I first time saw such things on TV, I remember that such statues are thrown all around the village."

In 1940, the mansion was robbed. The furniture and goods taken out. While in the Soviet Union, the building was turned into a center for those suffering from tuberculosis.

"I worked here for 20 as a nurse. Children would come here for three months, a year and there was a school here."

Locals now painfully look at what state the mansion ended up in.

"It had everything. People would only take everything out and destroy the place."

The village's Mayor claims that to repair this architectural monument would require ten million lei.

"It can be restored. Only that to solely study how the building used to look and make plans to rebuild it would cost over one million lei" Mayor Alexandru Sârbu declared.

In Moldova there are over 60 mansions that used to belong to Boyars and around 80% of them are now in ruins.