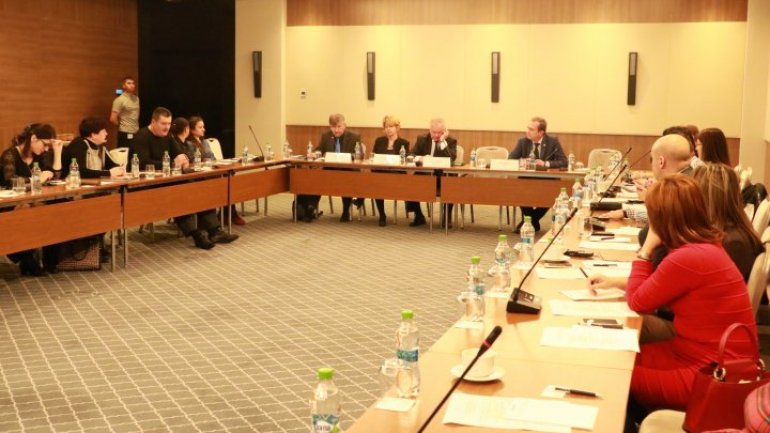 Moldova marks the International Day of Food next to the International Community. According to the General Meeting of ONU, the 2017 International Alimentary Day is dedicated to the causes of the migration, to make migration more secure and ordered, to make it exist under the slogan ''To change the future of migration. To invest in the security of the food and rural development''.

Besides Moldova, the National Alimentary Day is being celebrated in other 150 countries this year.The conference's target was to strengthen the dialogue between the public administration authorities, representatives of affairs and partners of development.

Within the event, there was presented the National Program for Grants in Agriculture and other opportunities of the farmers, given by the Government.

''Republic of Moldova is aware of the necessity of the support in agriculture. Together with the international partners we will develop the countrysides, through the direct grants and the technologies that will raise the yield of the agricultural products'', said Ion Parea, Deputy Minister of Agriculture and Development of the Surrounding.

Within the event, there were presented the success stories of the last migrants who returned in Moldova and invested in new agricultural technologies and in the experience of new farmers who received support through different programs and institutions.

''With its partners, FAO wants to expand its activity in the direction of strengthen the positive contributions, that come from the refugees and their impact upon the reduction of the poverty, nutrition security and the resilience of the contrysides'', said Tudor Robu, the deputy representative of FAO in Republic of Moldova.

''Through the investment in the reinstatement of the migrants, the migrants can contribute to the development of the local communities. This way, they can make the basis of an inclusive and durable growth'', said Antonio Polosa, the chief of OIM mission in Moldova.

OIM contributes to the elaboration of the public politics that will facilitate the reinstatement of the migrants and inclusion of the remittances in the economic and investment circulation.

The ONU statistics show a growing up number of the people who became migrants by force. They migrated because of dangers, conflicts, persecutions, natural disasters and poverty.

The essential causes of migrations are connected to the global objectives of FAO: escaping from hunger, alimentary security, reduction of the poverty and promoting the use of natural resources.

''Rural development will help in different areas: to combat the conflicts, to transform the migration in a choice rather than in a necessity. As a co-chairman of the Global Group for Migration since 2018, that has 22 ONU agents and World's Bank, FAO supports the solutions that will make the migration a choice, rather than a last solution. The agriculture and rural development are essential in this sense'', said Jose Graziano da Silva, the General Director of FAO.