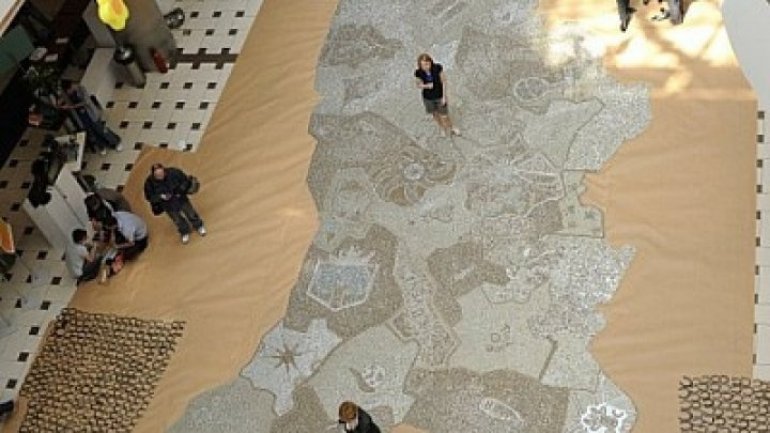 A Moldovan collector has broken World Guinness Record with a map formed by over 160,000 coins.

The Moldovan map was made in 2011 by the collector Petru Costin. The idea, according to him, came from president of Academy of Sciences, Gheorghe Duca, after the man saw Petru Costin's enormous coins collection weighing over half of ton.

"Let's carry on an interesting project that might show our country in different countries," said collector Petru Costin.

Said and done. The map was completed in just six hours, in collaboration with the high school students of the Academy of Sciences. With this map, the collector managed to bring Moldova to the pages of the Guinness Book of Records.

"There were 164,200 coins exposed, the day when this record was released, I received a response from the Guiness Records Commission that such map not ever existed in the world," said collector Petru Costin.

The precious coins attracted not only the admirers but also the villains who tried to steal them.

"When this map was presented in many exhibitions, there were villains who realized the coins were from the 9th century and even tried to cut off the map," said collector Petru Costin.

The unprecedented map was exhibited several times in Romania and Ukraine.