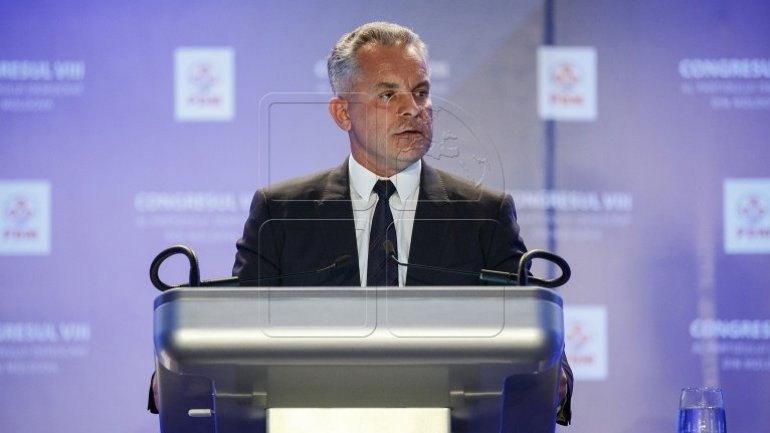 Despite all the impediments Moldova stays on the path of democracy and reforms. The country is firm in its aspirations to get closer to the Occident values.

These are de declarations made by the president of the Democratic Party, Vlad Plahotniuc, in an editorial published on portal Daily Caller.

Vlad Plahotniuc, the leader of the Democratic Party declared that Moldova confronts diverse challenges, among which corruption and vulnerability of the banking system.

Besides this, there were registered progresses in the modernization of the society, the strengthening of the law state and the liberalization of economy thanks to the reforms implemented by the government coalition leaded by PDM.

Vlad Plahotniuc mentioned that Moldova’s successes were recognized by the International Monetary Fund, the World Bank and the European Commission.

The financial support that these institutions granted to our country serves as proof. The president of PDM admitted that Moldova confronts serious problems related to the Russian military presence in the transdniestrian region, but also problems connected with the war from the neighbor country, Ukraine.

The politician thinks that the pro-russian president Igor Dodon could use them to divide the society. In its turn, Moscow harasses the Moldovan deputies to impede the authorities from Chişinău to investigate the frauds from the banking system.

This is the sign of a legal partnership, the United States are with Moldova with patience and decision, states the official.

Moldova continued the deepening of democracy, the consolidation of the judicial system, the liberalization of economy and of the society in overall as answer to the support offered by the USA.

The realizations of the present Government regarding the attracting of foreign investors were also emphasized by Vlad Plahotniuc. He sustains that there will be new business opportunities as much as privatizations in spheres as transport, telecommunications and informational technologies, but also the electrical distribution networks will be initiated.

Vladimir Plahotniuc, the president of the Democratic Party, underlined in the end of the editorial, that though Moldova is a small country, it isn’t naïve regarding the difficulties that it must confront.

The PDM leader asked the partners to understand the fact the country’s progress will continually need the support of the occidental allies, who appreciate Moldova’s progresses and its perspectives on this path.