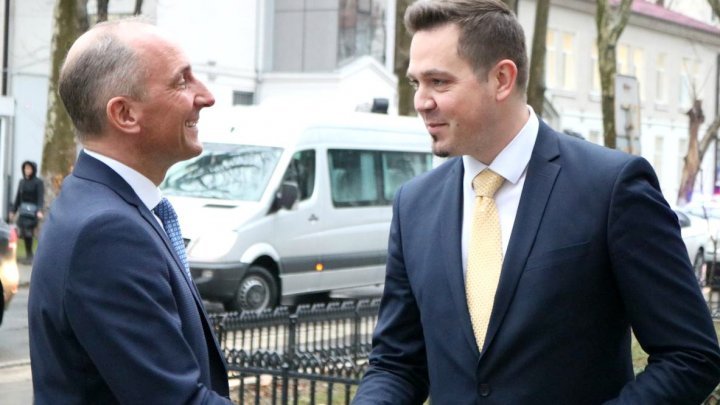 Liechtenstein contributes to the modernization and integration of Moldova by implementing social-educational and commercial-economic projects in our country. The statement belongs to Foreign Minister Tudor Ulianovschi during a meeting with his counterpart of Liechtenstein Adrian Hasler.

In this context, Minister Ulianovschi thanked the authorities in Liechtenstein for their interest in developing relations with Moldova, especially in the field of assistance through the Liechtenstein Development Agency (LED).

"We are glad that Moldova is included in the priority list of LED activities, being the only European country benefiting from assistance from the Liechtenstein Development Agency, which provides assistance in priority sectors for our country - technical vocational education, youth employment in the workplace, entrepreneurial training activities, promotion of quality in early education and others, " stressed the Moldovan official.

Tudor Ulianovschi also pointed out that Moldova is interested in deepening bilateral relations with the Principality of Liechtenstein in various fields - education, information technology, commercial and economic, especially the e-commerce segment, etc.

In this context, the Minister of Foreign Affairs and European Integration also mentioned that Moldova pleads for the initiation of negotiations with the states of the European Free Trade Association (EFTA) with a view to concluding a Free Trade Agreement with these countries, which will allow the expansion of commercial- with member states and other countries in the world.

Prime Minister of Liechtenstein, Adrian Hasler confirmed his readiness to share his country's experience in training, which provides the foundation for economic growth, increases the number of qualified specialists and reduces the number of unemployed among young people.

Moreover, Adrian Hasler revealed the friendship between Moldova and Liechtenstein, noting that our country is one of the main development cooperation partners.

"The Liechtenstein Development Agency has three coordinating offices around the world, and one of these offices is in Chisinau, which shows the special relationship between the countries," stressed the official.

So far, under the agreement on humanitarian assistance and technical cooperation from Liechtenstein, projects worth 12 million euro have been funded.

Diplomatic relations between the Republic of Moldova and the Principality of Liechtenstein were established on 14 August 2001.

The first Ambassador of Moldova to Liechtenstein was the current Minister of Foreign Affairs and European Integration, Tudor Ulianovschi, who presented his accreditation letters to the Hereditary Prince Alois Liechtenstein on 11 November 2016.