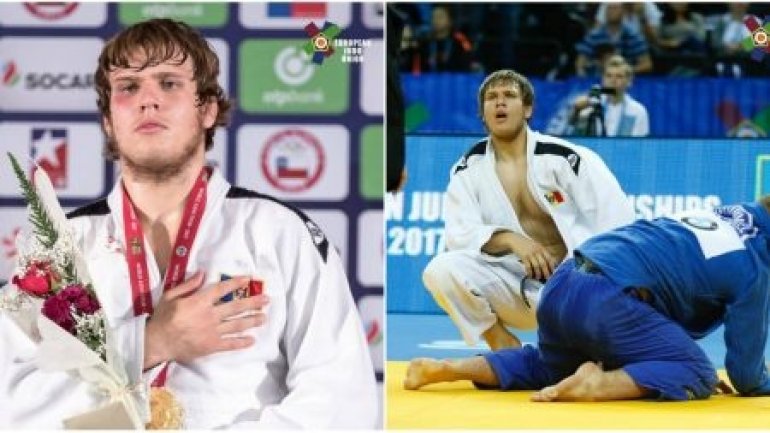 The young athlete, aged 16, achieved a notorious performance and managed to become world champion in 81-kilogram-category at the Santiago competition (Santiago, Chile).

He was warmly welcomed by members of the national federation, family, colleagues and friends at the Chisinau International Airport.

"I am very surprised and overwhelmed by warm welcome of everybody." said Judge Eugen Matveiciuc.

"We worked a lot to achieve this ambitious goal in the World Championships and we got it!", said General Secretary of the Moldovan Judo Federation Valeriu Duminica.

For his championship, Matveiciuc will be rewarded 20 thousand lei by the government.

"We will call for sponsors. I believe there will be people who want to support the athlete in 2020 Olympic Games. Even though he is only 16-year-old judokan, he's likely to qualify for the Tokyo Olympics, "said Judge Moldovan Federation Vice President Corneliu Dudnic.

The year 2017 is very good for Eugen Matveiciuc. Originating from Closusna village, Ocniţa district, the young judokan won a gold medal and three bronze medals in the European Cup tournaments, as well as a bronze medal at the European Championships.

Two weeks ago, he also became a bronze medalist at the European Youth Olympic Games, held in Gyor, Hungary.