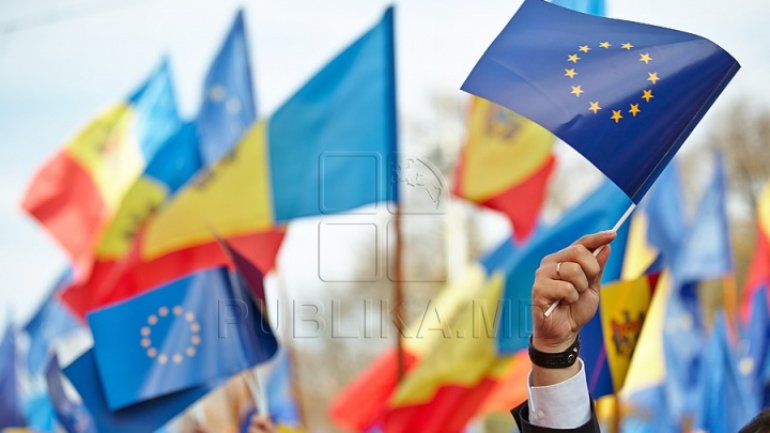 Parliament President Andrian Candu and his Georgian and Ukrainian counterparts, Irakli Kobakhidze and Andryi Parubyi, have signed a joint statement to be sent to the European Parliament, wherein they ask for a resolution opening the prospect of these countries' adhering to the European Union.

"In this statement, the three states ask the European Parliament to pass a resolution before the summit of the Eastern Partnership, expressing political support and reaffirming the appeal addressed to the European Council to open the adhesion prospect of the three countries to the European Union. We talk about applying Article 49 of the EU Treaty," Andrian Candu said.

"Taking into account this ambitious, looking-into-future message, the Declaration of the Eastern Partnership Summit will launch a strong signal in the tense geopolitical situation and will become and inspiration tool to speed up progress and democratic change in these three countries partners and associates to the EU," the Declaration reads.

Considering the EU has the ambition to be a strong and trustworthy partner for its immediate eastern partners, "the Declaration following the 2017 EaP Summit shall express clear support for the territorial integrity and sovereignty of Georgia, Moldova and Ukraine, and shall support the European option and agenda of our countries," reads the document inked by the three Legislature chiefs.

According to the Speaker, the declaration will be sent to the European Parliament this week. It’s been backed by the members of the Parliament’s Steady Bureau.