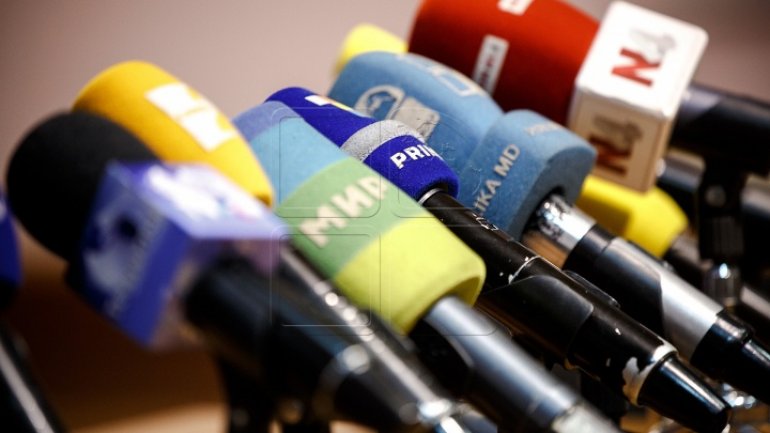 Authorities are searching for solutions to draw foreign investments in mass media and in cinema industries in the Republic of Moldova.

The state is proposed to approve several documents regarding this regard, which stipulate development of media infrastructure by canceling certain taxes on the import of technical equipment and introduce a series of tax incentives.

Proposals will be submitted to the Parliament by the end of the year. All of these were discussed today at a conference on attracting investment in the media.

Event participants claim that legislation in the field has several shortcomings, and changes need to be made as quickly as possible to improve domestic production.

"It's hard for us to launch this cinema industry in an international context. Many laws are not adjusted for cinema and vice versa. It's a very well-thought-out step, it's an exit from this 25-year stop, "says Valeriu Jereghi director of the National Center of Cinematography.

"We need some fiscal and financial facilities to create conditions for television to grow, to import, to implement various international formats, and to make television in Moldova look interesting, exciting and produce money "said Dumitru Ţîra, Executive Director of the Association for Development and Cooperation.

At the same time, the participants also point out the lack of specialists in the market.

"We have few scriptwriters, directors, producers, it's problematic. The second important moment is the ideas and the third legislative support," Gheorghi Agadjanean, GMG marketing director.

Attending the event, Andrian Candu, Parliament Speaker, says the legislature could consider these proposals early in 2018.

"By asking all people involved in media to produce the domestic projects, the state should find out how to encourage domestic production. On the one hand, it is financial encouragement, copyright protection, and on the other hand everything about infrastructures, "said Andrian Candu, the Speaker of Parliament.

Foreign guests have talked about the experience of the countries they represent.

"First of all, you have to talk about yourself, promote yourself, as we are now active in Ukraine, we organize meetings, exhibitions at the most important media events," said Victoria Yarmoshchuk, executive director of film association in Ukraine.

In July Parliament set up a working group on improving media law. It is working on amending the Audiovisual Code, attracting foreign investors, drafting a new law on the press, and advertising.

Since 1 October, broadcasters are required to publish a domestic product at least 8 hours of the daily program.

Authorities hope that the changes will lead to the development of local productions of programs and will stimulate authentic cultural and national creation.