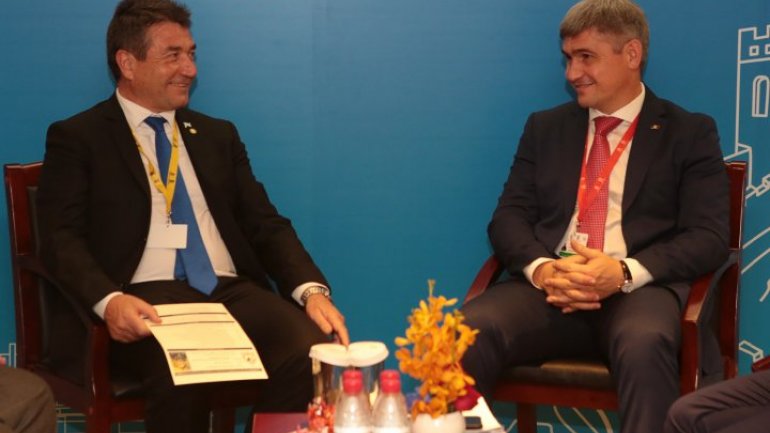 At the General Assembly of INTERPOL, which takes place on September 26-29 in China, Bejing, Minister Alexandru Jizdan.

Moldovan delegation had several bilateral meetings with counterparts from different countries participating in this meeting.

Thus, the Minister of Internal Affairs, together with the members of the Moldovan delegation, held meetings with the interior ministers of Lithuania, Argentina, Serbia, Spain, Congo, Australia, Macedonia, Belarus, China and others.

In the talks with China's Public Security Minister Guo Shengkun and other law enforcement officials discussed issues related to INTERPOL member states' cooperation in the field of internal affairs and actions to combat dangers and threats to regional and international security.

At the same time, Minister Alexandru Jizdan informed about the measures taken by the Moldovan authorities, including the National Police, to fight crime, but also about the role of collaborations with other countries and the need to exchange experience in the field of law enforcement. In this respect, foreign officials have expressed their openness for cooperation in the field of security and justice with the Republic of Moldova.

Last but not least, during the meetings, the candidacy of the Republic of Moldova was also discussed. The head of the IGPF, Fredolin Lecari will serve as delegate for the INTERPOL Executive Committee, which will be voted on Friday, September 29th.

We mention that this year at the Assembly of the International Organization for Cooperation of Interpol Police Forces, there are about 1,000 representatives from 156 countries, marking as one of the largest assembly of organization.