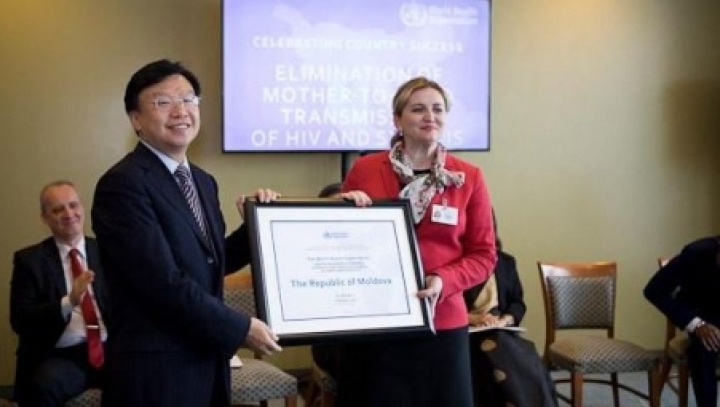 Moldova has eliminated the transmission of congenital syphilis from mother to child and it plans to validate the HIV transmission till 2017.

The announcement was made at a ceremony in New York, at the UN general assembly’s high-level reunion on AIDS prevention.

Health minister Ruxanda Glavan and her counterparts from Armenia and Belarus have received confirming certificates.

“Insuring the children’s health at birth, we offer them the best life start. It’s enormously encouraging to see the success accomplished by countries in eliminating the transmission of those diseases. It’s an outstanding achievement and a clear signal for other countries that it is accomplishable and that society is on its way to get an AIDS-free generation,” said Dr. Margaret Chan, director general of the WHO.

These countries have made considerable efforts to insure early free medical assistance before birth, HIV and syphilis testing of pregnant women and their partners, treatment of HIV positive women, early diagnosis of babies, free distribution of powder milk and community involvement.

As most of the European countries, Moldova offers the pregnant syphilis testing and free treatment.

“We are all witnesses to a real moment of joy not only for the Moldovan people, but also for the entire European area. We’re proud we’ve managed to join this community of states, which have managed to eliminate the transmission of syphilis and AIDS from mothers to babies,” said Moldovan Health minister Ruxanda Glavan.