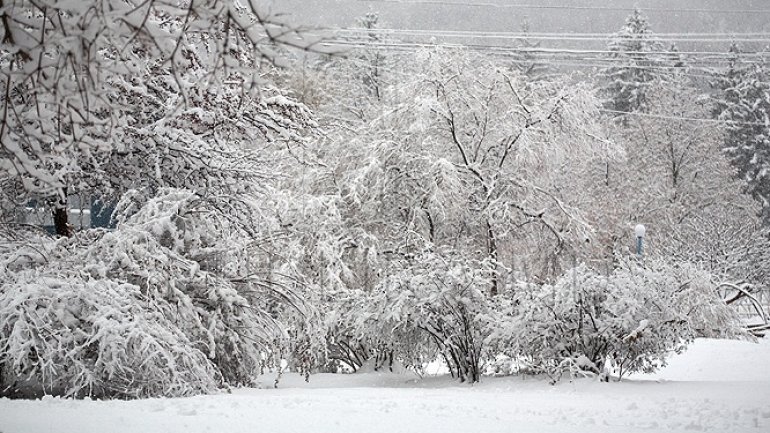 Moldova was covered in a new layer of snow. The heavy snow falling continuously since early morning is giving headache to drivers and road workers.

According to State Hydrometeorological Service, most of the snow fell in the south, specifically in Ceadir-Lunga district, where snow depth is 25 centimeters. In Cornesti village, Ungheni district, it reaches 21 centimeters, and Briceni - 20 centimeters.

The snow layer is thick in Camenca, Leova, but also in Codrii, Telenesti. More snow fell in Stefan Voda, Rabnita, Soroca and Falesti, where the layer deposited exceeds ten centimeters. In the rest of the country, it snowed less. In the capital, the thickness of snow is only four centimeters.

Meteorologists forecasted for today maximum of up to minus 10 degrees Celsius in the north, center minus 8 and minus 7 in the south. This morning, at 10.00, the lowest thermal comfort index was registered in Leova and Cahul, where the temperature felt by the body was minus 17 degrees.

In Comrat, Ceadir-Lunga, Cornesti and Baltata the index was minus 13 degrees and in Chisinau was -12 degrees.

The most comfortable index of 1.8 degrees was in the village Codrii.

According to meteorologists, the index ranging between minus 18 and minus 12 degrees shows that there is a risk of frost covered portions of the skin that may be affected in 10-30 minutes. An index of between minus 12 and minus 6 degrees means the risk of hypothermia if the clothing does not match the weather outside.