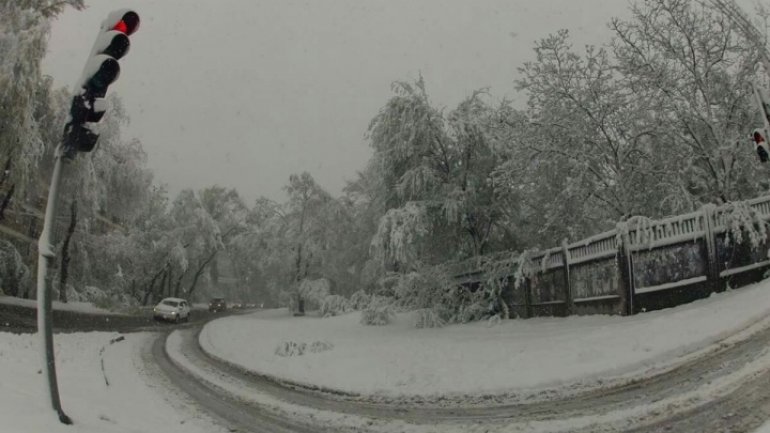 After the high voltage wires have fallen under the snow’s weight, at least 200 localities from the center and south districts have remained with no electrical energy.

There have produced 20 road accidents on the country’s routes till 11.00 o ’clock, and almost one hunded cars were damaged by the fallen branches and trees.

"There are registered about 20 accidents at the present hour. There were registered 86 instances of car damaging as a result of the trees’ falling. It is circulated with difficulty in Troiţa Nouă in the direction Căuşeni. In the direction Orhei and Dubăsari is also circulated with difficulty. Alexandru Pânzari, chief of IGP: “A branch has fractured a citizen’s leg in sector Botanica".