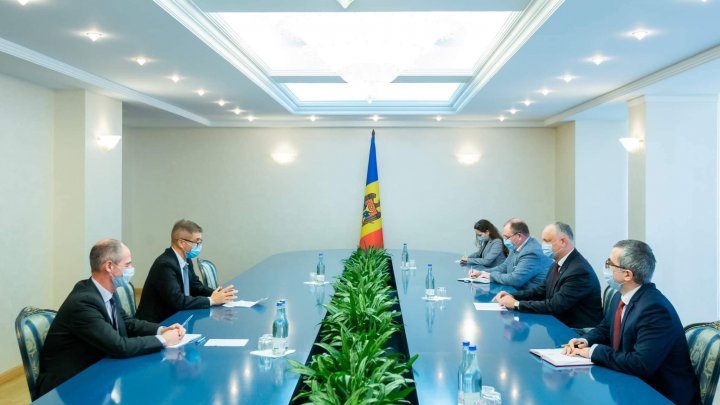 The Republic of Moldova is interested in strengthening relations with the United Kingdom after Brexit by negotiating a Political and Trade Partnership Agreement.

This was stated by President Igor Dodon during a meeting with the Ambassador of Great Britain and Northern Ireland, Steven Mark Fisher.

The document in question will transpose the provisions of the Moldova - EU Association Agreement that will be applied bilaterally and will include both the political and the economic and free trade components.

At the same time, during the meeting, it was mentioned that the governments of the two states will take the necessary measures to ensure the appropriate legal framework to avoid the negative impact on economic agents after Brexit, as well as to boost bilateral trade.

Referring to the beginning of the election campaign, Igor Dodon reconfirmed the Moldovan leadership's determination to hold free, democratic and fair elections in accordance with Moldovan law and international standards, as well as the involvement of international observers.
AFLĂ imediat Știrile Publika.MD. Intră pe Telegram