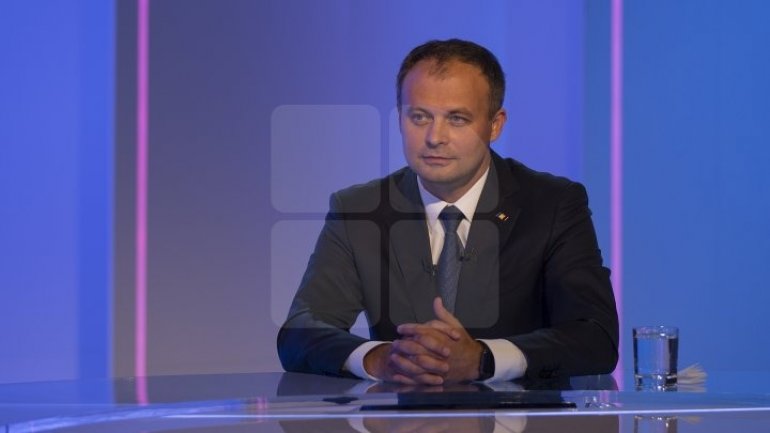 Moldova could be the next success story of Eastern Europe if it gets rigorous support from Western partners. The statement was made by Parliament Speaker Andrian Candu at a conference dedicated to our country at the Atlantic Council. The official reiterated Moldova's commitment to continue on the path of reforms.

"Two years ago, Moldova was almost collapsing. 2015 was the year of chaos, 2016 was stability, and 2017 growth and investment. We will continue reforms not for the West but because it is important for Moldovan citizens, said Candu.

Candu's statements were appreciated by those present, including Damon Wilson, Vice President of the Atlantic Council. He praised the actions of Chisinau, but noted that the constant pressure put on Moldova by Moldova made it difficult for our country to progress.

"There is an understanding that Moldova, Georgia and Ukraine have embarked on a long way towards European integration. Russia's influence through misinformation, pressure, presence in Transdniestria is a continuing pressure that will most likely continue to increase" said Atlantic Council Vice President Damon Wilson.

The hybrid war led by Russia against Moldova was at the heart of the speech by Timothy Fairbank, a senior member of Dinu Patriciu Eurasia Center. He notes that our country is becoming an increasing priority, under the conditions of a European pro-European model adopted by Chisinau.

"There are a number of FSB agents working in Moldova. See agents who used to be in London or San Francisco and are now in Moldova," said Timothy Fairbank.

At the same time, Fairbank kept talking about Moscow's economic blackmail. He noted that Russia continues to be an important market for our country, but the only Moldovan exporters who sell their products in Russia are from Gagauzia, the Transnistrian region or are supported by Moldovan President Igor Dodon.

On the other hand, his colleague, Anders Aslund, praised Chisinau's efforts to go along the European path:

"Moldova has shown it is on the right track. The fact that half of the exports go to the EU is a very big achievement."

At the same time, economic expert Roman Chirca, also present in Washington, talked about the reforms implemented by the Chisinau government: "We have implemented many reforms, but what is more surprising is how fast they have been implemented."

However, he said things could move faster in our country if not so much energy was lost in political battles. At the same time, the economic expert spoke about how the banking sector in our country came back after the bank fraud. The theme of the war in Ukraine was reached in the context of the same sitting. Besides many other evoked minuses, deputy Speaker of Parliament in Chisinau Iurie Leanca also talked about the fact that the conflict in eastern Ukraine has shifted the attention of Western partners to Kiev, forgetting Chisinau.

However, Iurie Leanca found a plus. Following the Donbass war, Ukraine no longer allows Russian troops to transit its territory that should reach the Transnistrian region.