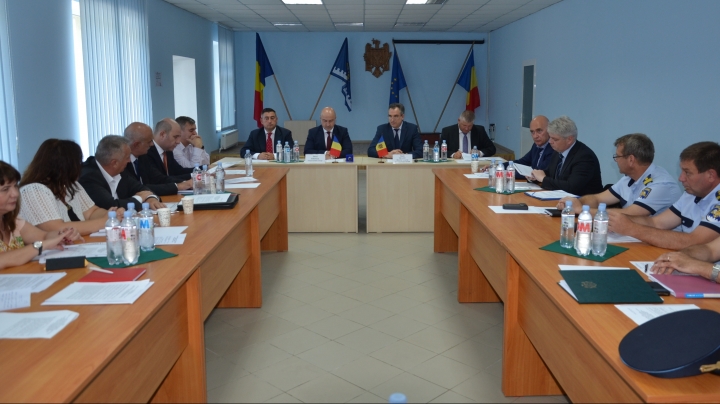 Smooth traffic of goods and passengers was the main topic of the meeting led by the general director of the Customs Service, Vitalie Vrabie and vice-president of National Agency for Fiscal Administration in Romania Dorel Fronea. In this context, the authorities will coordinate their efforts to ensure an efficient and expeditious control on both sides of the border, including the use of all avenues for control and increase the number of staff.

However, the parts unanimously gave their approval on the need to accelerate the initiation of the drafting and negotiation of an intergovernmental agreement on the establishment of common control at the Moldovan-Romanian border. This document will provide the necessary legal framework for the organization of joint control in either segment customs border between two states.

Achieving rapid and effective customs controls is facilitated by mutual working groups specializing in risk analysis, in which is performed regularly exchange of information and analyzis of risk, thus enabling correlation of results and improving customs controls.

Also, to ensure achieving the objectives discussed at the meeting, leaders of the two institutions agreed to organize monthly meetings in that format, which will assess in detail the implementation of the provisions of the partnership.

"It is necessary to continue to identify new tools for collaboration and synchronization of activities to simplify the state border corridor. We can only record notable results in improving activity through a permanent cooperation, so that citizens can see the efforts of both authorities, " said the general director of the Customs Service of Moldova, Vitalie Vrabie.

"Cross-border cooperation is one of the key elements in combating the illicit goods trafic at EU borders. Developing customs cooperation with Moldova is a good example, Romanian customs authority assuming the role of lead actor in the fight against customs fraud, border security and the defense of EU financial interests in this part of Europe," said ANAF vice-president of Romania, Dorel Fronea.