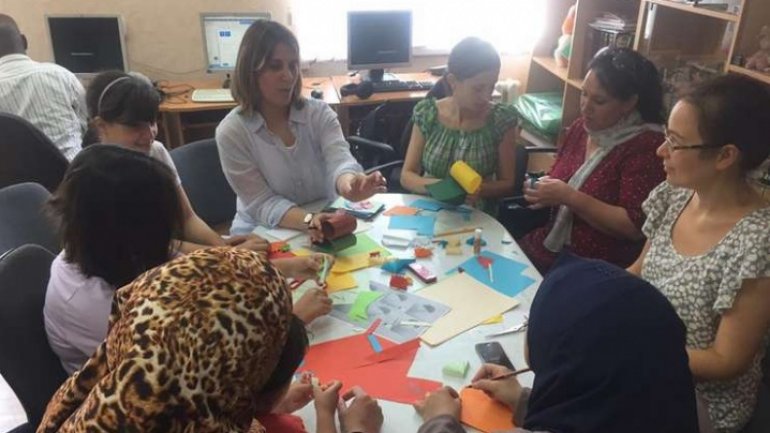 Female refugee who have been seeking peace for decades are enthusiastically supported by Charity Center for Refugees in Moldova. They learn how to adapt to new cultures and language as well.

Among the women who attend Romanian courses is Elena. She came to Chisinau from Georgia together with her husband and three kids. They have been living here for half a year. Elena managed to know the cuisine and traditions which she considered to be special.

"It is not difficult to learn the language, we already see Moldova as our country, the children also like this country. People are very friendly and goodhearted.

The children of refugees see their future in Moldova, but their great desire is at least to travel in the countries where their parents were born. This is why Ahmed, a Syrian national, wants to become a pilot.

"I like to travel in other countries, especially Syria where my daddy was born."

Amalid came to Chisinau five years ago. In Iraq he graduated from the faculty of mathematics and electrical engineering. He is currently studying Architecture at the Technical University of Moldova. Meanwhile, he also teaches other children in the center Arabic language.

"Jordan, Syria, Dubai, Turkey, Qatar, Egypt, ... We have been seeking a peaceful country for decades where we find security and goodness. This is the most important for us."

"Anyone can not go to the restaurant just comes here, drinking tea or coffee and talking about various topics: problems in school, kindergarten, success they have, etc. " said Director of Refugee Charity Center, Djavid Paknehad .

According to the Refugees Center, more than 400 refugees have been living in Moldova since the beginning of 2017, almost half of them are Syrian.