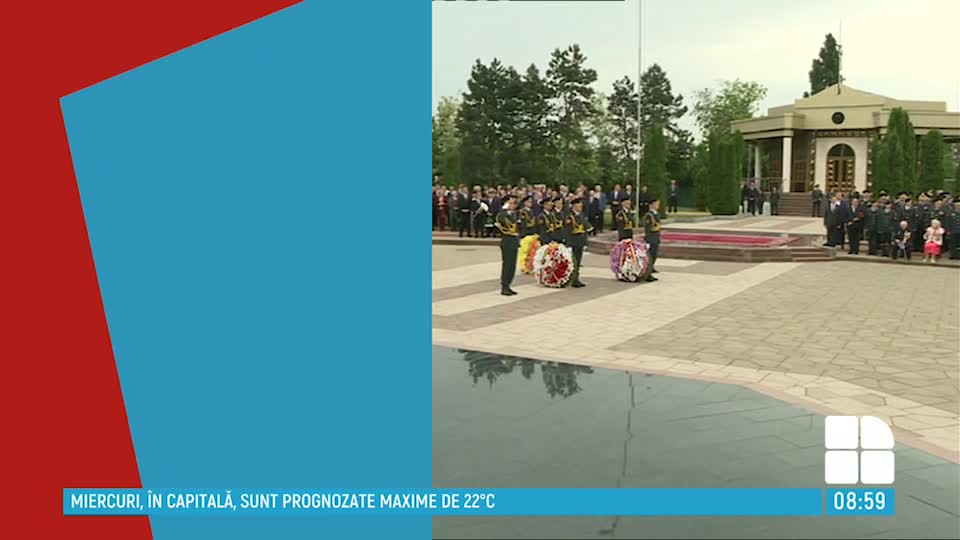 The events dedicated to May 9 begun by flowers being laid at Eternitate Memorial Complex. President of the Parliament, Andrian Candu, President of Moldova, Igor Dodon and Prime Minister Pavel Filip commemorated the fallen heroes, who sacrificed their lives for their homeland.

Some deputies have also attended the event.

"We must pass on the knowledge of those people to the future generation, for everyone to know the price those soldiers paid to bring us victory" PCRM deputy Valdimir Voronin said.

"I went to lay flowers in the memory of all those who sacrificed their lives on the battlefield. We must learn from the past and make sure that history does not repeat itself" Silvia Raru said.

After flowers were laid in the memory of the soldiers who sacrificed their lives on the battlefield. President of Moldovan Parliament, Andrian Candu and PDM leader Vlad Plahotniuc tasted the porridge prepared in front of the Nativity Cathedral, along with War veterans.

Throughout the day, Democratic Party of Moldova will also hold a series of events.

One of the special guests is also renown Russian singer Nikolay Baskov. The night will end with a firework show.

PUBLIKA.MD reminds that every year, on May 9, people celebrate peace and unity all over Europe. For this occasion, in the Capital, as well as all over the country, will be organized events to mark Europe Day and Victory Day.

Also Read: Special Program prepared by PDM for May 9

Also Read: May 9. Traffic in Capital will be restricted