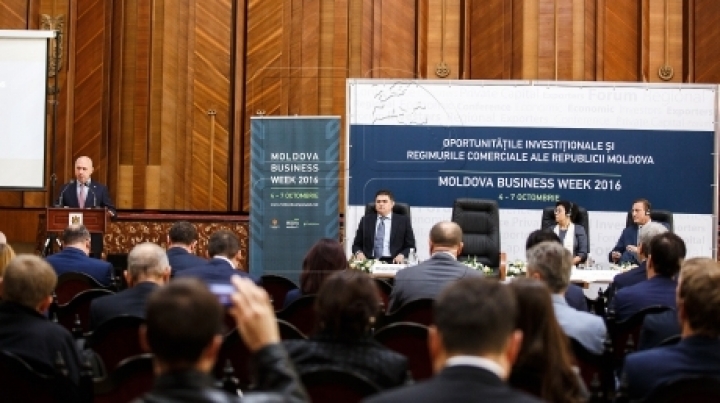 Foreign investment and a favorable environment for business development. These are the expectations of the authorities in the course of the third edition of Moldova Business Forum. The event has gathered more than 1,500 businesses, investors and development partners.

"Moldova Business Week" was held from October 4 to 7th and represented a communication platform between the public and private sectors. The main aim of the authorities was to promote Moldova's image to attract more investors.

Deputy Minister of Economy announced that a factory of a foreig company will start its works next week.

"We will witness an Italian company in Străşeni village, following an investment of 25 million euros, that will launch a production of electrical wiring and will create several hundred jobs. Such events will continue until the end year" , said Deputy of conomy Minister Vitalie Iurcu.

The event was also an opportunity for local companies, which were able to identify business partners and establish new contacts with potential customers.

"It was a very suitable platform for different talks between foreign companies and local companies in this regard I witnessed the signing of the partnership agreements between these companies, which is a very good sign,  ,said Executive Director MIEPO Vitalie Zaharia .

"Moldova Business Week" is held annually since 2013. In the future, the authorities propose that such events take place twice a year.