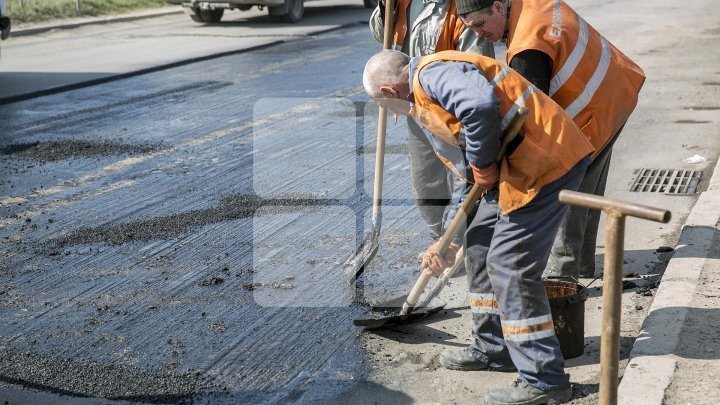 One of the most environmentally friendly and efficient asphalt production plants in Europe was opened in Cimislia. Built from the Soviet era, the factory was upgraded due to an investment of 1.7 million euros.

Sixty percent of the money was borrowed from the European Bank for Reconstruction and Development. The plant has the capacity to produce 250 tons of asphalt per hour, double the previous period.

Working conditions have been improved and the production process is unpolluting.

"The difference like between heaven and earth. It's beautiful, unpolluting on the territory", said Nicolae Buzdugan, head of the construction site.

At present, 170 employees work at the plant.

"We produce asphalt, we also deal with asphalt pouring in various areas here in Moldova. We produce around 100,000 tons every year," said Igor Galeamov, factory director.

The plant was rehabilitated according to the concept of a similar plant in Italy and, according to its officials, meets all the European standards related to pollution.

"This plant was built according to the latest technologies in asphalt production, thanks to the experience of this company, which has nearly 120 years of experience," said Michele Viroli, investor representative.

"We realized it was important to have this plant as there were increased demand on the market. Last year we has to face the shortage of asphalt for project Good Road for Moldova, for other projects, too", said Chiril Gaburici, Minister of Economy and Infrastructure. "

"They are independent and able to ensure their own activities. Then people will have works and we have possibility to finance our projects", said Dumitru Diacov, PDM deputy.