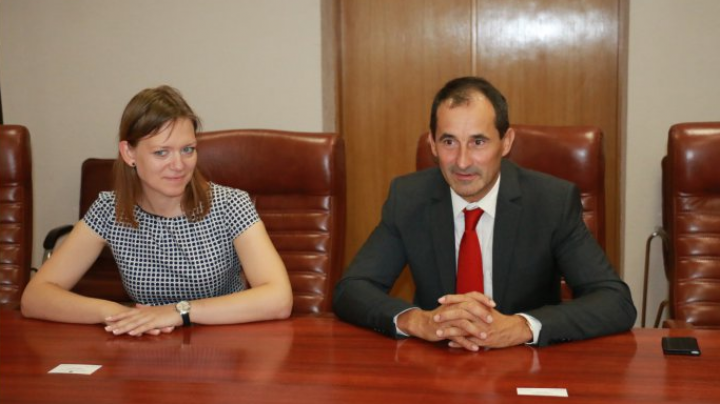 The European Commission, through the Energy Community Secretariat (ECS), will initiate a regional technical assistance project for four years, with a budget of 4,6 million euros for Moldova, Ukraine and Georgia, informs Moldpres.

A statement was made by the director of SCE, Janez Kopač at the meeting on 22 August with the Deputy Prime Minister Octavian Calmic, Minister of Economy.

The ME’s press service informed that the European official stated that referred to our country, the primary objective is to assist the national authorities in developing the secondary frame to implement the approved laws in the energy sector transposing the Community Acqui, the commitment assumed by Moldova under the Energy Community Treaty.

Also, the SCE director appreciated the recent efforts of the Moldovan Government regarding drafting and adoption of a set of sectoral normative acts and regulations that correspond to the European legislation. In this context, Janez Kopač emphasized that the institution he leads is ready and continue to provide all the necessary support to modernize and streamline the Moldovan national energy sector.

At his part, the Deputy Prime Minister Octavian Calmic said that the energy projects realization is one of the Government’s strategic priorities, currently being drafted or implemented several national programs, including those related to interconnections throughout Romania with the energy system of Community, as well as the modernization of the heat providing system.