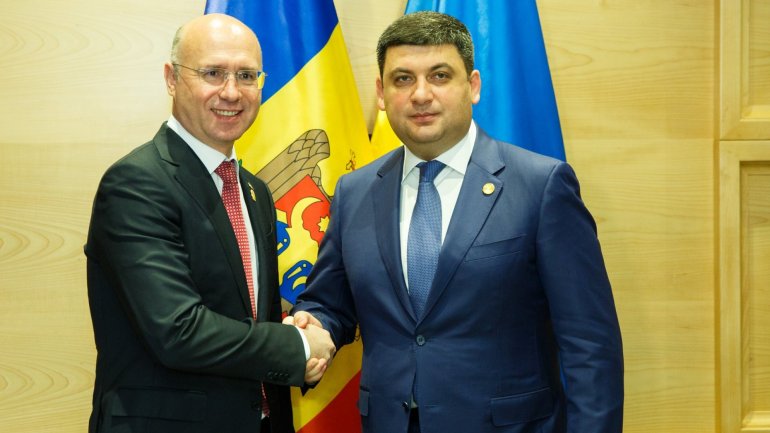 Prime Minister Pavel Filip and Prime Minister of Ukraine, Volodymyr Groysman have agreed to sign an Agreement for car and air transport liberalization by the end of this year. The decision was taken today during their meeting at the "Tbilisi Belt and Road Forum 2017".

The officials have agreed to raise the numbers of international transportation from 43 to 60 thousand authorizations. Prime Ministers Filip and Groysman have also decided to lengthen the time allowed for international drivers from Moldova to stay on Ukraine's territory. Therefore, they will have the possibility to remain in the neighbor country for more than 90 days.

Pavel Filip expressed gratitude toward Ukraine for starting to commonly control the border between Moldova and Ukraine on the Transnistrean part. According to Moldova's Prime Minister, allowed taking some important decision in solving the conflict with Transnistria, among which counts signing of some protocols between Chisinau and Tiraspol in the field of education, telecommunication and agriculture.

Pavel Filip mentioned that Republic of Moldova that they have already taken all measures to apply the Agreement regarding the common control of people, vehicle and goods in common crossing points between Moldova and Ukraine, signed in October 2017, at Chisinau.

Prime Ministers Pavel Filip and Volodymyr Groysman have appreciated the launch of a common Commission to control common crossing points. The two officials have also agreed to make the Agreement, regarding hydroelectric complex from Dniester, more dynamic.