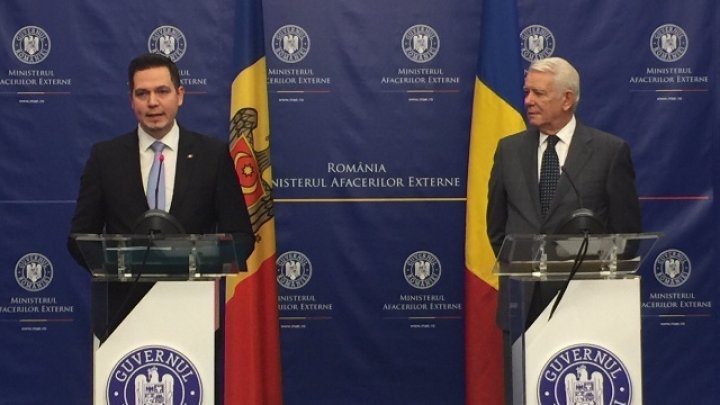 Government of Romania and Moldova will organize a joint meeting in Chisinau, states Moldovan Foreign Minister Tudor Ulianovshi in his visit to Bucharest.

During the meeting with Romanian counterpart, the head of the diplomacy also discussed the organization of high-level visits.

Romanian Foreign Minister Teodor Melescanu reiterated Romania's support for our country and stressed that the link with Moldova remains an important relationship.

The official added that Moldova's accession to the European Union is a strategic objective, the only option that can bring prosperity and security to citizens.

In turn, Tudor Ulianovschi said that Moldova cherishes Romania's support, both in terms of joining the EU and in implementing reforms.

Tudor Ulianovshi addressed an invitation to his counterpart to visit Chisinau.