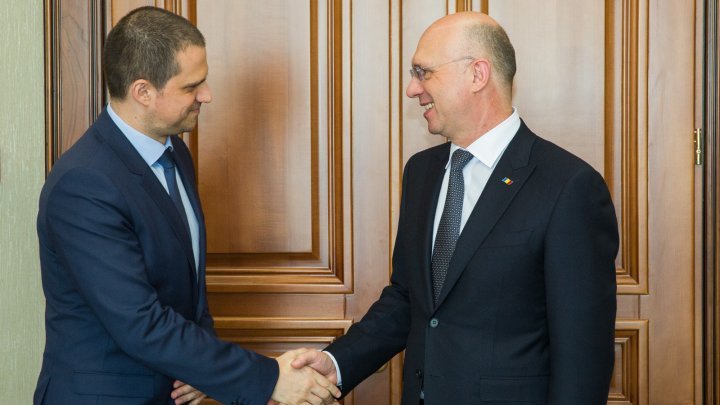 Moldovan - Romanian cooperation in tourism and prospects for joint projects in this field were analyzed today at the meeting between Prime Minister Pavel Filip and the Romanian Tourism Minister Bogdan Gheorghe Trif.

The official is one of Romanian delegates at the Tourism International Specialized Tourism Exhibition 'Tourism, Hotels, Leisure 2018' which is held during 29 March - 1 April in Chisinau.

During the talks, the prime minister emphasized the role of tourism for Moldova as well as the necessity to capitalize on the existing potential on this segment by actively promoting our country as a tourist destination.

Pavel Filip stressed that particular attention is paid to the development of rural tourism, which is popular also over the Prut, mentioning the opportunity to take over Romania's experience in this respect.

For his part, Bogdan Gheorghe Trif said that through joint efforts, the tourism in both two countries can be developed so as to contribute to the growth of national economies.

The official expressed his openness for the elaboration of a common strategy for the popularization of the Moldovan tourist destinations on the Romanian market.

Additionally, the parties expressed their interest in creating joint tourist packages for the Asian target markets and talked about simplifying the procedure of entry of foreign citizens to Moldova. It also highlighted the importance of using different tourism promotion tools as well as developing policies for sustainable sectoral development.

According to official data, about 2.24 million Romanian citizens visited Moldova last year. This figure is up 11% from 2016.